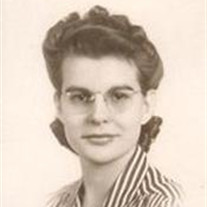 Funeral services will be 11 a.m., Friday, November 9th, at the United Methodist Church in Geneva. Visitation from 1 p.m. until 8 p.m. on Thursday at the Farmer & son Funeral Home in Geneva. Interment is in the Geneva Public Cemetery. Memorial to United Methodist Church Or Geneva Senior Center in lieu of flowers. Abbie B. Mattox was born to & Harrison L. Brandt and Hazel Kent Brandt on March 12th 1919 at her Grandparents home in Unadilla NE and passed away November 4th 2012 at Heritage Crossing in Geneva NE at the age of 93 years. She was raised as an only child following the death of her brother, Ervin who passed away at age 4. She grew up on her family’s farm south of Unadilla and graduated in 1937 from Unadilla Public School. Following graduation she attended Peru State College receiving a teaching certificate. She began her career in a one room schoolhouse at Russell Creek followed by time spent at Douglas and Dunbar Public Schools in Southeast NE. While she was busy teaching and living at home, she met Otis “Matt” Mattox. He was teaching at Unadilla High School, and also happened to be renting a room in the home of one of her parent’s best friends at the time. They were married April 7th 1943 in Talmage NE. Shortly thereafter, she was able to join Matt in San Antonio TX where he was stationed at Fort Sam Houston Army Base. Following the end of World War II they settled in Dunbar, NE where their three children were born. Later they moved to Davenport NE and eventually to Geneva in 1958. She remained in Geneva with her husband and family until her death. Throughout Abbie’s life she was an educator; whether in the classroom, a 4-H club, Sunday school teacher, or as a Cub Scout Den Mother. She also dearly loved sharing her knowledge of flowers, birds, and plants of all kinds. The family tended large gardens which she actively watched over. She was known for her excellent canned fruit, Christmas cookies and homemade jellies, enjoyed especially by her grandchildren. She also spent many hours sewing, embroidering and doing needle work. She was devoted to her family as well as to the United Methodist Church where she was active with United Methodist Women and taught 3rd Grade Sunday School for 25 years. She was an active member of the VFW Auxiliary. Following her husband’s retirement in 1984 they enjoyed traveling together to many places as members in the Ambassador’s Club of Geneva. Together they had many fond memories of these trips and good times with friends. After suffering a stroke in 1994 she was unable to stay active as in previous years. She continued to live at home, however due to declining health it became necessary for her to begin residing at Heritage Crossing in Geneva in 2001. She continued to show her spirit and unique sense of humor while at Heritage up until shortly before her passing. Abbie was preceded in death by her parents; Harrison and Hazel Brandt, her husband Otis Mattox, and by a brother; Ervin. She is survived by son; Warren & wife Kathie of Omaha, NE, daughters; Nancy & husband David Hoober of Phoenix, AZ, Bette & husband Tom Manning of Fairmont, NE, grandchildren; Russell Hoober & wife Ashley, Matthew Hoober, Andy Mattox & wife Holly, Todd Mattox & wife Nicole, Anna & husband Scott Beard, Maria Manning & fiancé Brett Muhlbach and by 5 great grandchildren.

Funeral services will be 11 a.m., Friday, November 9th, at the United Methodist Church in Geneva. Visitation from 1 p.m. until 8 p.m. on Thursday at the Farmer & son Funeral Home in Geneva. Interment is in the Geneva Public Cemetery. Memorial... View Obituary & Service Information

The family of Abbie B. Mattox created this Life Tributes page to make it easy to share your memories.

Send flowers to the Mattox family.