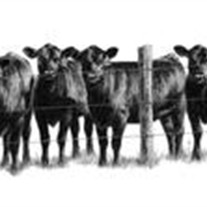 Funeral Services for Alan will be held on Thursday, September 6, 2012 at 2:00 p.m. at the Trinity Lutheran Church in Bruning, with Pastor Stuart Sell officiating. Graveside services will be held following the funeral at the Trinity Lutheran Cemetery in Bruning. Visitation for Alan will begin at 1:00 p.m. until 8:00 p.m. Wednesday at the Farmer & Son Funeral Home in Geneva. Memorials are directed to the family. Alan Dean Folkerts was born to Leonard Carl Folkerts and Delores Ann (Gerard) Folkerts on August 24, 1957, at Hebron, Nebraska, and passed away on September 3, 2012, at the Blue Valley Lutheran Home in Hebron, Nebraska, at the age of 55 years and 10 days. He was one of four children born in the family. Alan was baptized on October 6, 1957 at Trinity Lutheran Church in Bruning. He was also confirmed at Trinity Lutheran Church, and he remained a member of the church all of his life. He graduated from high school in Bruning in 1975. Upon high school, he attended Central Community College in Hastings, earnings his Associates Degree. Alan was married to Sheri Bruning of Bruning, Nebraska on June 10, 1995 and to them one child was born. After he graduated from college, he returned to the family farm and began farming with his dad. His greatest pride was his calf & cattle operation. Outside of work, Alan enjoyed spending time with his family and going fishing with them, wood working in his shop with his daughter Emily, his 1977 Pontiac Grand Prix, and hunting with Shauna. To all of his friends, he was always known, and will be remembered, as “Alvie.” Alan was preceded in death by his father, Leonard; his grand parents Ed & Anna Gerard and George & Amelia Eden; mother-in-law Laura Nickel; and father-in-law Raymond Nickel. He is survived by his wife Sheri; daughter Emily; step-daughter Shauna Bruning and fiancé Brandon Fangmeyer; mother & step-father Delores & Robert Zacharias; sisters and brothers-in-law Linda & Robert Hansen and Joann & Vernon Kettlehake; brother Larry Folkerts; brothers-in-law and spouses Randy Nickel, Rick Nickel, Rod & Betty Nickel, Gary & Luann Nickel, Jim & Diane Nickel, Larry & Wilodene Nickel; sisters-in-law and spouses Darla & Larry Johnson and Donna & Galen Zajicek; and many nieces and nephews.

The family of Alan D. Folkerts created this Life Tributes page to make it easy to share your memories.

Funeral Services for Alan will be held on Thursday, September...

Send flowers to the Folkerts family.