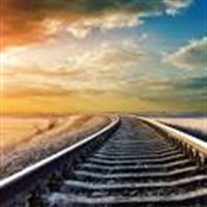 Memorial service for Alan will be 10:30 a.m. Friday, December 9, 2016, at the Salem Mennonite Church rural Shickley, Nebraska, Pastor Shawn Nolt officiating. Private family committal of ashes will take place in the Salem Cemetery. Alan Lee Lichti of Kearney, Nebraska, formerly of rural Shickley and Geneva, Nebraska, was born to Albert W. and Marian C. Lichti in Geneva, Nebraska, on October 29, 1951. He passed away at the Kearney Regional Medical Center in Kearney, Nebraska, on November 25, 2016 at the age of 65 years and 27 days. He was one of four children in the family. Alan was baptized at the United Methodist Church in Kearney, Nebraska, graduated from Kearney High School and attended Kearney State College from 1970 - 1971. Alan was married to Judy Hadden of Shickley on June 16, 1970 and to them two children were born; Christina Louise and Brent Alan. Alan was married to Karen Thompson of Olympia, Washington on April 19, 1977 and to them two children were born; Allynn Marie and Alan Lee Jr. Alan was interested in many things, and while in junior high he worked out and dived with the Kearney State College diving team. A later more dangerous interest was sky diving. While Alan worked for the Burlington Northern Railroad they resided in Holyoke, Colorado. They later moved back to Kearney, Nebraska, where he held various jobs. Even after moving around, he still felt that both Shickley and Geneva were home. His faith was strong and got him through many trials. He will be remembered by many to have a quick wit, ready smile and a generous heart. Alan was preceded in death by his father Albert Lichti, his mother Marian Lichti and his son Alan Lee Lichti Jr. He is survived by his daughter, Allynn Balch and husband Matthew of Olympia, Washington; Christina (Tina) Buckhalter, husband Jewel and daughter Tiana Barnes of Clay Center, Nebraska, and Brent Barnes of Omaha, Nebraska; Grand children Caleb Lichti and Kirah Balch; his brother Larry and wife Marilyn of Kearney, Nebraska; his sisters Lavonne Messman and husband Larry of Lincoln, Nebraska, and Maurine Domeier and husband Dennis of rural Geneva, Nebraska; numerous nieces, nephews, cousins and friends

The family of Alan Lee Lichti created this Life Tributes page to make it easy to share your memories.