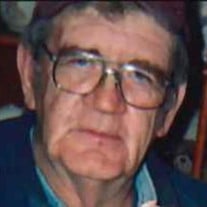 A Memorial Graveside Service for Alvin will be held on Friday, August 6, 2021 at 2:00 p.m. at the Geneva Public Cemetery in Geneva, Nebraska. Alvin's wishes were to be cremated. Memorials are to be directed to the family to be designated at a later date. Alvin Leroy Loghry was born to Claude Amos and Edna Elizabeth (Grubbs) Loghry on April 14, 1945 in Geneva, Nebraska, and passed away on May 13, 2021 at Madonna Rehabilitation Center in Lincoln, Nebraska, at the age of 76. He was one of 4 children in the family. Al spent his entire life in Geneva. He attended Geneva Public Schools and graduated from Geneva Public High School in 1963. After graduation he began his career working for John Wilkins putting up Harvest Stores. When John Wilkins sold his business, Al went to work at Biegert Construction. He also drove truck, but his love for construction lead him to a job working for Larry Webb Construction. After Larry Webb’s retirement, Al worked a while for Bob Webb and later decided to take on a new opportunity working for TCW of Lincoln, Nebraska and then M.E. Collins of Wahoo, Nebraska. Al retired at the age of 65. He settled into doing his favorite things. He hauled precious cargo, his grandchildren. Al enjoyed picking them up from school and taking them wherever they wanted or needed to go after school. He also enjoyed daily crossword puzzles, watching the history channel, NASCAR and college football. Al found joy in learning about his granddaughter’s one-act plays and going and watching his grandson’s baseball games. In June of 1968, Al married Donna Bures in Geneva, Nebraska. They were blessed with one child, Amy. After their divorce he was married to Jan Hiatt and in later years they divorced. Al was preceded in death by his parents; sisters, Carolyn Faye Loghry and Carol Lynn (Loghry) Dodd; and one great nephew, Jameson Prock. He is survived by his daughter, Amy and husband, Tony Wurtz; granddaughter, Taylor Wurtz; grandson, Austin Wurtz all of Geneva, Nebraska; sister, Claudette Thomsen of Fairmont, Nebraska; niece, Patty (Chuck) Udell of Geneva, Nebraska; nephews, Jeffery Thomsen of Fairmont, Nebraska, Chris and Shaun Henry of Columbus, Nebraska, Shannon (Rebecca) Prock of Lincoln, Nebraska; several great nieces and nephews and special friends, Mike and Liz of Geneva, Nebraska.

A Memorial Graveside Service for Alvin will be held on Friday, August 6, 2021 at 2:00 p.m. at the Geneva Public Cemetery in Geneva, Nebraska. Alvin's wishes were to be cremated. Memorials are to be directed to the family to be designated at... View Obituary & Service Information

The family of Alvin L. Loghry created this Life Tributes page to make it easy to share your memories.

A Memorial Graveside Service for Alvin will be held on Friday,...

Send flowers to the Loghry family.