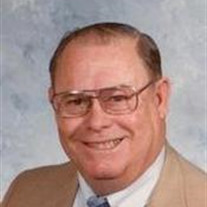 Arthur Alexander Ferguson was born to Alexander Ferguson and Hannah (Madigan) Ferguson on October 29, 1925 in rural Friend and passed away on March 5, 2013 at the Exeter Care Center at age 87. He was one of four children. Art attended Catholic grade school and graduated from Friend High School. Art proudly served as a paratrooper in World War II having served in Italy. Following his discharge, he graduated from York College with a Bachelor of Science Degree, and ultimately obtained a Masters Degree in school administration from UNL. His career included associations with several Nebraska school districts including Benedict, Shelby, Giltner, Hampton, Elmwood, Lebanon-Beaver Valley, and Monroe. Art was married to Leona Hansen of Cordova on April 10, 1948 and to them 3 children were born. He was well known throughout the state as an educator with a love for sports. In addition to officiating, he also coached multiple sports. He and Leona put on thousands of miles driving to school activities. He played college baseball while at York College followed by town team ball with Cordova. He reminisced with baseball teammates until his death. He was especially proud of starting a baseball program in Elmwood and had teams earn runner-up finishes in 3 state tournaments. Art and Leona loved to travel throughout the country and dancing in their younger years. Art also enjoyed hunting, fishing, and camping with his kids and grandkids. They loved watching the Cubs and Tigers and all Nebraska sports on television. He also enjoyed working on his lawn, tinkering with lawn mowers and his infamous station wagon! Trips to the horse races in Grand Island, Omaha and Columbus, along with his unforgettable fishing trips to Canada also created many fond memories. Art was preceded in death by: Wife -Leona Marie (Hansen), Parents; Alexander and Hannah (Madigan) Ferguson, Brothers and sisters in law; Chet and Hannah Ferguson, Don and Tim Ferguson. Sister and brother in law; Mary Margaret and Carlton Rohrer He was survived by: Sons and Daughter-in-Law; Larry and Velda Ferguson of McCook, and Don Ferguson of Elmwood. Daughter and Son-in-Law; Kay and Steve Lawson of Exeter. Sister-in-Law; Audrey Gray of Silver Creek, by 7 grand children; 12 great grandchildren and numerous nieces and nephews. Mass of Christian burial will be held Saturday, March 9, 2013, at 10:30 a.m. at the St. Stephen's Catholic Church in Exeter, Nebraska. Rosary will be at 7:00 p.m. Friday at the Farmer Funeral Home in Exeter. Visitation will begin at 1:00 p.m. until Rosary at the funeral home in Exeter. Burial will be at the St. Joseph's Cemetery in Friend, Nebraska. Memorials are directed to the family in lieu of flowers.

Arthur Alexander Ferguson was born to Alexander Ferguson and Hannah (Madigan) Ferguson on October 29, 1925 in rural Friend and passed away on March 5, 2013 at the Exeter Care Center at age 87. He was one of four children. Art attended... View Obituary & Service Information

The family of Arthur A. Ferguson created this Life Tributes page to make it easy to share your memories.

Send flowers to the Ferguson family.