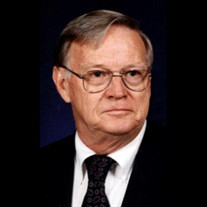 Arthur Clarence Lux was born on January 4, 1929 to Erwin F. and Margaret Treu Lux in Milford, Nebraska. He was the 7th of 9 children. He passed away in Geneva, Nebraska on June 19, 2018 at the age of 89. Art had what he thought of as an idyllic childhood. Even though they may not have had much money, neither did anyone else. His riches came from his large family and his love of the outdoors. His days were filled with fishing on the Big Blue river, playing with his siblings and cousins, and talking to the hobos down by the railroad tracks. "On the last day of school, the shoes came off, and we didn't put them back on until the first day of school in the fall." Following his father's untimely death, the family moved to Lincoln, where he graduated from Lincoln High School. It was also there that he met Alice Lanham. They courted for a period of time and were married on October 4, 1947. Three children were born to this union: Laurie Jean, Mary Jane, and Jeffrey Arthur. The family moved to Geneva, Nebraska in 1960 when Art and Alice purchased the HiWay Lanes Bowling Alley. Following the sale of the bowling alley, Art engaged in a variety of occupations, including erecting pivots, working as a dispatcher for EIT in California, and owning the Geneva Gun Shop where he sold, built and repaired guns. He built numerous guns for his customers, and was proud to have built a gun for each of his children and each of his grandchildren. Never one to sit still for long, he brought a strong work ethic and the value of getting the job done right to every task. For those who knew Art, they were well aware of his love of hunting and fishing and this love was transferred down to his grandchildren. Many of the family stories (while they may have been embellished over time) deal with hunting or fishing with Papa. And gatherings among his hunting buddies brought many hoots of laughter about these stories. While his hunting and fishing exploits may be familiar to many people, they may not realize that he had multi-faceted interests: he was a voracious reader, mostly of biographies and history; he loved to play poker and regular poker nights were much anticipated events; he was a geography buff and challenged his children to name a country that he didn't know; he enjoyed playing the stock market, and his beloved garden, where he tilled the soil, planted his seeds, and tended his plants to fruition. He did so not just to put food on the table, but also because of his joy in being out among nature and watching his garden grow. His many neighbors and friends benefitted from his garden produce as he placed it on the curb for anyone to take. He also was known for his pickles (Papa's pickles) that he made and also placed on the curb for others to enjoy. None of these lasted long. For all of his many adventures and interests, the thing he loved most were the people who shared his life--his hunting, fishing, and poker buddies, his coworkers, and most importantly, his family members. His wife, children and grandchildren gave him great joy and he was proud and interested in all of them. He truly lived his life with the philosophy that it is not what you have in your life, but who you have that counts. Well done, Art, well done. Art was preceded in death by his parents, Erwin and Margaret Lux, siblings and their spouses Edie and Forrest Moore, Marshall and Velma Lux, Lucille and Don Penterman, Shirley and Dick Peterson, Lois Lowe, Rolland Lux, and great granddaughter Mira McKnight. He is survived by his sisters Ruth Blanton and Betty Ballentine of California, brother-in-law Dick Lowe; his wife of 70 years, Alice Lux; children Laurie (Clinton) Kimbrough of Lincoln, NE, Mary (Rodger) Stofer, and Jeff (Sarah) Lux of Geneva, NE; grandchildren Jenny Anderson of Brush, Colorado, Mitchell (Michelle) McKnight of Baxter, IA, Mandy (Bryan) Bath of Edinburgh, Scotland; Cale (Emily) Kimbrough of Omaha, NE; Jon (Lisa) Stofer of Geneva, NE, Justin (Heather) Stofer and Keri (Mark) Cradduck of Gretna, NE; 17 great grandchildren and 1 great-great grandchild, numerous nieces and nephews and friends. A Memorial Service for Art was held on Friday, June 22, 2018 at 11:00 a.m. at the United Methodist Church in Geneva, Nebraska. Pastor Michelle Gowin and Kim Dunker officiated the service. The recorded selections “The Prayer,” “Amazing Grace,” and “My Sweet Lord” were played during the service. Honorary Pall Bearers for the service included Jennifer Anderson, Mitchell McKnight, Mandy Bath, Cale Kimbrough, Jon Stofer, Justin Stofer, and Keri Cradduck. Private family committal of ashes will take place in the Geneva Public Cemetery at a later date. Farmer & Son Funeral Home of Geneva conducted the services and online condolences can be left at www.farmerandsonfuneralhome.com. Memorials are suggested to the family for future designation.

Arthur Clarence Lux was born on January 4, 1929 to Erwin F. and Margaret Treu Lux in Milford, Nebraska. He was the 7th of 9 children. He passed away in Geneva, Nebraska on June 19, 2018 at the age of 89. Art had what he thought of as an... View Obituary & Service Information

The family of Arthur C. "Art" Lux created this Life Tributes page to make it easy to share your memories.

Send flowers to the Lux family.