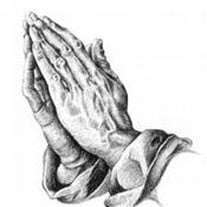 Becky Jo Weitmann was born to Arthur H. Story and Doris I. Story (Ward) on August 4, 1945, in Plainview, NE, and passed away March 3, 2012, at Skyline Community in Omaha, NE, at the age of 66.  She was one of two children in the family. In her hometown of Plainview, she attended Plainview Secondary School (Class of ‘63) .  She then attended cosmetology school in Omaha, NE, but did not graduate.  In the late 60’s she moved and worked in New York for many dispatching agencies including Clarkstown Police Department in Rockland County, NY.  She then moved to Washington in ’89 where she worked for Valley Communications.  In ’92 she moved to Lincoln, NE, where she worked for the Eastern Ambulance (now Rural/Metro Ambulance).  From there she moved to Geneva, NE, in ’96 where she worked at YRTC at the front desk.  Later on she worked as a librarian’s aid at the Geneva Public Library.  In 2004 she took up residence in Kimberling City, MO, in 2007 returned to Wilcox, NE to live with her brother until her admittance to Skyline in 2011 where she passed away. Becky was married to John Weitmann of NY and to them Mary Jo was born. After their separation, Alison joined the family through adoption. She kept her mind sharp with crossword puzzles, cryptograms, watching Jeopardy and Wheel of Fortune.  She was a member of the First Congregational United Church of Christ and after church she would deliver Meals on Wheels to homebound locals.  She was a true Nebraska girl and spent many a day watching the Huskers play.  Having battled breast cancer, she helped out with the American Cancer Society and had a helping hand with Fillmore County’s Relay for Life.  She was a part of a bridge group in Geneva, alongside her Aunt, Jean Emery.  She was also a foster parent and a second mother to many. Becky was preceded in death by her mother Doris Story, and father Arthur Story. She is survived by daughter Mary Jo Prestwich (Robert) who resides in Auburn, WA, and daughter Alison Weitmann (Ronda) who resides in Omaha, NE, brother Ashley Story of Wilcox, NE, and by four grandchildren (Eden, Mariah, Jacob, Nicholas). Memorial services will be conducted by First Congregational United Church of Christ in Geneva, NE April 3, 2012 at 10:30am.  Following the services, Becky’s ashes will go on one final journey to Mt. Rainer in Washington State where she will be scattered; she was found of this mountain and wished to be here.  The family requests that all memorials be directed to the American Cancer Society.

Becky Jo Weitmann was born to Arthur H. Story and Doris I. Story (Ward) on August 4, 1945, in Plainview, NE, and passed away March 3, 2012, at Skyline Community in Omaha, NE, at the age of 66.  She was one of two children in the family.... View Obituary & Service Information

The family of Becky J. Weitmann created this Life Tributes page to make it easy to share your memories.

Becky Jo Weitmann was born to Arthur H. Story and Doris I. Story...

Send flowers to the Weitmann family.