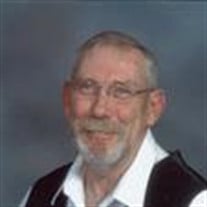 Robert Lee (Bob) Bartley (65) passed away Saturday May 14th 2016 at his home in Hastings, NE surrounded by his loving family. Born to Loland Bartley and Sarah (Williams) Bartley in Red Cloud, NE on January 5th 1951. He was the 7th of 8 children. After graduating from Loup City Senior High in 1969 he served his country in the Army. When he returned to Nebraska, he met the love of his life, Kay Roesler of Western, NE. They were married August 13, 1977 at Zion Lutheran Church in Montrose CO. Together they had 3 boys, Joshua Robert (Aryn), Luke Edward, and Jacob Ira (Allison). From the 3 boys, Bob and Kay would learn patience and have some of the most incredible memories and stories. Josh and Aryn’s children, Reagan and Landon, were the light of his life and he was known as Pa. He was looking forward to being Pa for the 3rd time with Jacob and Allison’s baby Bartley in September. Through the years he coached, watched, and played many sports with his boys and grandchildren. Bob retired from Dutton Lainson in 2014 and in retirement enjoyed helping on the farm. Bob loved family gatherings and creating memories. Bob was a member of Zion Lutheran Church in Tobias, Nebraska. Besides his family, golfing was his passion in life. He also loved fishing, hunting, football, and playing softball. More memories were made vacationing with his wife, Kay, Brad and Geri Roesler and Terry and Vicky Haake. He is survived by his siblings, Darral (Pat), Twila Beydler, Bill (Lorraine), Alan (Donna), Sharon (Larry) Kaslon and Jerry (Julie), mother-in-law, Esther Roesler, Brother-in-law, Brad (Geri) Roesler, sister-in-law, Gwen (Jim) Reiha, brother-in-law, Gregg (Maurene) Roesler along with many nephews and nieces and his God Child Chelsea Engle and God Child Amanda Roesler. Preceding him in death were his mother, father, father-in-law Edward Roesler, sister, Marj and brother-in-law Bernard Beydler, niece Jill Roseler and nephews Junior and Patrick Bartley Funeral services for Bob will be 10:30 a.m. Wednesday, May 18, 2016, at the Zion Lutheran Church rural Tobias, Nebraska. Interment with Military Honor's will be in the Zion Lutheran Church Cemetery following the service. Visitation will begin Tuesday at 1:00 pm until 8:00 pm with family greeting friends from 6 to 8 at the Farmer & Son Funeral Home in Geneva, Nebraska. The family would like to request you dress in golf attire or casual dress for the service. There will be a Celebration of Bob's life following the luncheon at the farm and everyone is welcome to attend. Memorials are directed to the family for later designation.

Robert Lee (Bob) Bartley (65) passed away Saturday May 14th 2016 at his home in Hastings, NE surrounded by his loving family. Born to Loland Bartley and Sarah (Williams) Bartley in Red Cloud, NE on January 5th 1951. He was the 7th of 8 children. After... View Obituary & Service Information

The family of Bob L. Bartley created this Life Tributes page to make it easy to share your memories.

Send flowers to the Bartley family.