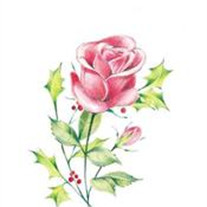 Rosary services 7:00 p.m. Thursday April 12, 2012 at St. Joseph's Catholic Church. Memorial mass will be at 11:00 a.m. Friday, April 13, 2012 at St. Joseph's Catholic Church in Geneva. Private family graveside services at the Geneva Public Cemetery. Bonnie Jean Nichols was born on January 23, 1945 in Geneva, Nebraska to Helen (Turek) and Leslie Shuster. She passed away on April2, 2012 at her home in Lincoln, Nebraska at the age of67. She was one of two daughters born in the family. Bonnie was baptized at St. Joseph's Catholic Church in Geneva. She also received the sacraments of reconciliation, communion and confirmation at St. Joseph's Catholic Church. She attended Kindergarten at Geneva Public School, then went to St. Joseph's Catholic Elementary School graduating from the eighth grade. Bonnie attended and graduated from Geneva Public High School with the class of 1962. She would have attended and celebrated her 50 year class reunion in May. She attended the University of Nebraska. Bonnie was married to Larry Nichols and to this union two daughters were born, Sheri and Deborah. The family moved to Lincoln where Bonnie was employed in the Claims Department at State Farm Insurance. She also worked at other jobs. After her retirement Bonnie spent time volunteering and taking care of her home. She loved being outdoors and taking part in outdoor activities. She always planted flowers in the spring. She loved her neighborhood. Neighbors, Heather, John, Marty, Nick and Colin were always watching out for her and enjoying her company. She always looked forward to going to the State Fair in the fall. Bonnie became very involved in Birthright and St. Mary's Catholic Church in Lincoln where she served as an usher at the Saturday evening mass. She was always at mass and willing to help do whatever needed to be done. Bonnie is preceded in death by her parents, Les and Helen Shuster. Bonnie is survived by her daughters, Sheri and son-in-law Mike Martin of Wichita, Kansas; and Deborah Nichols and son-in-law Michael Peacock of San Francisco, California; and grandson Derek Nichols of Wichita, Kansas. Also surviving is her sister, Donna and brother-in-law Bruce Nedrow, and nieces, nephews and cousins. A memorial funeral mass was held at St. Joseph's Catholic Church in Geneva on Friday, April 13th with Father Thomas Walsh and Father Doug Dietrich officiating. Lori Rasmussen accompanied the Congregation in singing "You Are Near", "Hear I Am Lord" and "Amazing Grace" Sara Schram led the singing and sang "I Am the Bread of Life" Bonnie was interred at the Geneva Public Cemetary next to her parents, Helen and Leslie Shuster in a private family commital of ashes. Farmer and Son Funeral Home was in charge of arrangements. Memorials are directed to the Family.

The family of Bonnie Jean Nichols created this Life Tributes page to make it easy to share your memories.