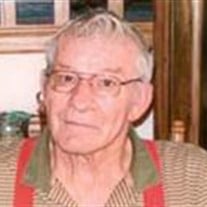 Burdette (Butch) Herman Pankoke, 80, passed away at York General Hospital on March 27, 2012.  He was born to Herman Pankoke and Minnie Yoder Pankoke on September 21, 1931.  He was raised on a farm near Goehner, Nebraska and was one of six children in the family.                   Butch was united in marriage to Jeanette Noler of Beaver Crossing on July 20, 1951, and to this union three sons were born; Randy, Jeff and Jamey.  The family lived in York, Lincoln and Beaver Crossing, prior to moving to Fairmont in 1961, where Butch continued his masonry work with Boren Lumber Company of Fairmont and later Hoffman Construction of Sutton.                    For over fifty years Butch laid brick, plastered walls, poured concrete, and set tile for many people in their homes and businesses.  The people he met and the friendships he made through the years while working gave him great pleasure.  Butch always saw the bright side of things, and he had a wonderful sense of humor.  He will often be remembered for the gift he had in telling jokes and stories.                   Butch enjoyed his family and friends very much.  He and Jeanette celebrated 50 years of wedded life on July 20, 2001, with their children and grandchildren.                   He loved the outdoors and wildlife.  Earlier in his life he raised wild turkey, pheasants, ducks and other game birds.  Butch served many years on the Fairmont Fire Department.  His hobbies included growing flowers, putting jigsaw puzzles together, watching baseball and college basketball (especially the Duke Blue Devils).                   Preceding Butch in death were his parents; and his wife, Jeanette.                   Butch is survived by sons and daughters-in-law, Randy (Jeanne) Pankoke of Lincoln, Nebraska; Jeff (Marilyn) Pankoke of Lincoln, Nebraska; and Jamey (Joanna) Pankoke of Fairmont, Nebraska; sister Opal (Max) Clark, York, Nebraska; sister Darlene ‘Tex’ (John) Shafer, Plattsmouth, Nebraska; brother Clyde (Mary Lou) Pankoke, Willard, North Carolina; brother Don (LaDonna) Pankoke, Lincoln, Nebraska; brother Merle (Bonnie) Pankoke, Westminster, Colorado; nine grandchildren, and ten great grandchildren. Private family graveside services will be held for Burdette "Butch" Pankoke on Saturday at the Fairmont Public Cemetery. Public visitation will be begin Friday at 2:00 p.m. until 8:00 p.m. with family greeting friends from 6:00 p.m. until 8:00 p.m. at the Farmer & Son Funeral Home in Geneva, Nebraska. Memorials are directed to the Fairmont Senior Center or the Fairmont Fire Department.

Burdette (Butch) Herman Pankoke, 80, passed away at York General Hospital on March 27, 2012.  He was born to Herman Pankoke and Minnie Yoder Pankoke on September 21, 1931.  He was raised on a farm near Goehner, Nebraska and was one of six... View Obituary & Service Information

The family of Burdette H. "Butch" Pankoke created this Life Tributes page to make it easy to share your memories.