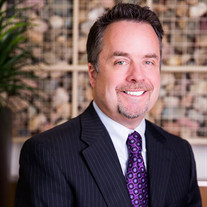 A Memorial Service for Carl will be held on Wednesday, May 5, 2021 at 10:30 a.m. at the United Methodist Church in Geneva, Nebraska. Kim Dunker will officiate the Memorial Service. A Graveside Service will take place in the Geneva Public Cemetery following the Memorial Service. Memorials are suggested to the Bryan Independence Center, 1640 Lake Street, Lincoln, NE 68502. Carl Wayne Zeutzius III was born to Carl Zeutzius, Jr. and Shirley Ann Girmus on November 12, 1964 at Laramie, Warren AFB and passed away April 28, 2021 at his home home in Lincoln, Nebraska at the age of 56 years, 5 months and 16 days. He was the oldest of three children. Carl grew up in Hartland, Wisconsin. He had a love of baseball from a young age and played the game into his adulthood playing in men's leagues. He liked all sports and enjoyed golf with family and friends whenever he got the chance. Carl also was a huge Green Bay Packers and Milwaukee Brewers fan. He began collecting sports memorabilia as a boy and continued throughout his life. Carl's two younger brothers looked up to him and had a close relationship with him and they remember him as what a big brother should be. Geneva was a second home to Carl and he had cherished memories made at his grandparent's farm with his Aunts, Uncles and many cousins whom he loved. Carl graduated from the University of Eau Claire in 1987. He worked as a State Farm Agent before joining Chris Schroeder Insurance in Milwaukee, Wisconsin. Carl married Suzanne O'Brien Heath of Geneva, Nebraska on December 26, 1992. To them two children were born, Tanner and Emma. Carl also proudly became a step-father to Ben. They resided in Wisconsin until moving to Lincoln, Nebraska in 2000. Carl joined UNICO Group on August 1, 2005 as a Commercial Insurance Producer. During his time at UNICO he became the Director of Marketing and later a Risk Advisor. He earned a CIC – Certified Insurance Counselor designation, however, he may have been most proud of the work he did to earn his CWCA – Certified Work Comp Association endorsement. He was an integral part of UNICO achieving National Agency of the year honors in 2009 and 2010 with both the institute and a carrier partner. He absolutely loved to give WC Seminars and educate businesses on controlling their Workers Compensation costs. Carl later led some of UNICO’s first campaigns for lead generation and then piloted the beginning of UNICO HR Solutions. During his time at UNICO he qualified for 3 President’s Club trips. He cherished his title of company ‘Brat Champion’ and served them to UNICO guests annually at the office tailgate party. He truly was part of the UNICO family. Carl was preceded in death by his mother, Shirley Zeutzius Moroney, Uncles Dale Girmus and Joe Monteforte, and Grandparents Johnnie and Wilma Girmus. He is survived by his father Carl Wayne Zeutzius (Chris) of Hartland, Wisconsin; son Tanner Carl Zeutzius of Lincoln, Nebraska; daughter Emma Michele Zeutzius of Lincoln, Nebraska; step-son Benjamin John Heath (Kelly) Colt and Jones of Geneva, Nebraska; brother Robert Zeutzius (Aimee) Zeutzius, Ashley, Heather and Alex of Oconomowoc, Wisconsin and brother Mark Zeutzius (Bonnie) Davis and Claire of Merton, Wisconsin; many Uncles, Aunts, cousins and friends.

A Memorial Service for Carl will be held on Wednesday, May 5, 2021 at 10:30 a.m. at the United Methodist Church in Geneva, Nebraska. Kim Dunker will officiate the Memorial Service. A Graveside Service will take place in the Geneva Public... View Obituary & Service Information

The family of Carl Zeutzius Jr. created this Life Tributes page to make it easy to share your memories.

A Memorial Service for Carl will be held on Wednesday, May 5,...

Send flowers to the Zeutzius family.