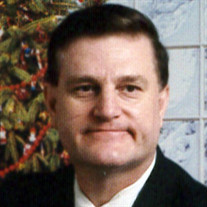 A Mass Of Christian Burial will be held for Charles on Saturday, June 22, 2019, at St. Joseph Catholic Church in Geneva, Nebraska, at 9:30 a.m. with Father Thomas McGuire presiding. Visitation will be held on Friday, June 21, 2019, at Farmer & Son Funeral Home from 1:00 p.m. until 5:00 p.m., with family greeting friends from 3:00 p.m. until 5:00 p.m. Praying Of The Rosary will be Friday, June 21, 2019 at 7:00 p.m. at St. Joseph Catholic Church in Geneva, Nebraska. Graveside Services will be conducted following the funeral mass at St. Joseph Catholic Cemetery in Geneva, Nebraska. Memorials are to be directed to the family to be designated at a later date. Charles William Reinsch was born to Henry Albert Reinsch and Margaret Angela Schommer on August 14, 1947 in Geneva, Nebraska. He passed away on June 17, 2019 in Lincoln, Nebraska at the age of 71. He was one of 10 children. Charles was raised on the Henry Reinsch farm in Geneva, Nebraska. He attended St Joseph’s Catholic School, St. Michael’s Seminary and graduated from Geneva High School in 1965. After high school Charles traveled extensively while working a variety of jobs. He built a church in Mexico, worked on a banana boat in Jamaica and worked security in Europe. Back in the states some of his adventures included managing a Kep Harding store, engineering the forms and being the head mason for the subway system in Washington, D.C., roughnecking on the oil fields in Colorado and working as a carpenter in Lincoln, Nebraska. Charles was also heavily involved in politics and challenged Dave Landis for his position in State Legislation. As his mental and physical health declined, he lived out the rest of his years as a resident at the Victorian assisted living facility in Lincoln, Nebraska. One of Charles’ greatest joys were his two children and 6 grandchildren. He actively attended their school activities and sporting events. He was an avid classic movie watcher and collector. He particularly enjoyed the James Bond Series. Charles collected coins and books. He was an excellent card player, who specialized in pinochle. He was also a pool shark. Charles enjoyed jogging through the streets of Lincoln and eating a good steak. Charles is preceded in death by his father Henry Reinsch and mother Margaret Reinsch, siblings Michael Reinsch, Mary Ann Miller, Helen Louise Klussman and Tom Reinsch. Charles is survived by his children Kimberlie A. Udell of Murfreesboro, TN; William J. & Shandra Reinsch of Geneva, NE; and step daughter Lisa Marie & Mike Pierce of Bonaire, GA. Grandchildren Douglas W. Udell, Charles Thomas Udell, Samantha Udell, Nick L. Reinsch, Alexandria M. Rippe and Grace J. Reinsch. Great Grandchild Bentley C. Ring. Siblings Paul Reinsch, Fritzie Vrtis, Shirley Hillgren, Hank Reinsch and Joe Reinsch and many nieces and nephews.

A Mass Of Christian Burial will be held for Charles on Saturday, June 22, 2019, at St. Joseph Catholic Church in Geneva, Nebraska, at 9:30 a.m. with Father Thomas McGuire presiding. Visitation will be held on Friday, June 21, 2019, at Farmer... View Obituary & Service Information

The family of Charles W. Reinsch created this Life Tributes page to make it easy to share your memories.

A Mass Of Christian Burial will be held for Charles on Saturday,...