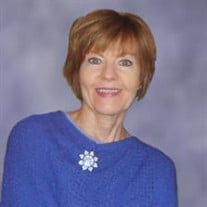 Cindy Lou Korsakas, 56, of Lincoln, passed away May 24, 2016. She was born March 14, 1960 in York, Nebraska, to Daryl D. and Shirley A. (Rhodes) Taylor. Cindy graduated from Exeter High School in 1978, and received her Bachelors of Science Degree in 1982 from the University of Nebraska-Lincoln in Textiles, Clothing and Design. She was married to Michael R. Korsakas of Lincoln, on May 14, 1983 at St. Luke’s Methodist Church, in Lincoln. Cindy had a love for fashion and design and before graduating from UNL, she was employed by Ben Simons and was later promoted to Manager of the Cosmetics Counter, and to Buyer for the Ladies Ready-to-Wear Department. Cindy retired from Ben Simons so she would have more time to be with her two sons; this brought her much joy. She enjoyed volunteering at school and watching all of the sporting activities they participated in. Cindy’s love for fashion and design remained strong and she was drawn back into the clothing business, working part-time at Coldwater Creek and recently at Talbots. Cindy was an active member of PEO Chapter FB and enjoyed spending time with her sisters. A loving and caring person, she will be remembered most by her drive to help others, humble spirit and smile. Her strength and courage was called upon during two successful battles with breast cancer in 2010 and 2014 and she remained positive during her short battle in 2016. Cindy will be dearly missed by her husband, Mike; sons, Michael and special friend Ashley Foster of Austin, TX and Mark, of Lincoln; father, Daryl Taylor of Cordova; sisters, Sherry Taylor of Lincoln, and Kathy Wiemer and special friend John Kessler of Gresham; mother-in-law, Irene Murphy, of Lincoln; brother-in-law, Doug Murphy of Ashland; nieces, a nephew, other relatives; many wonderful friends; and her Puggle, Kooper, who still anxiously awaits her return. She is preceded in death by her mother, Shirley; a sister, Lynn Marie; grandparents, Ray and Leona Taylor, and Arthur and Harriet Rhodes. Celebration of Life Service will be held at 1 p.m. on Saturday July 16, 2016 at the United Methodist Church in Exeter with Kim Dunker officiating. Refreshments will be served immediately following at the American Legion Hall. In lieu of flowers, donations in Cindy’s memory are suggested to the United Methodist Church in Exeter or to the St. Elizabeth Foundation with “Breast Center” written in the memo line. Private interment of ashes at a later date.

Cindy Lou Korsakas, 56, of Lincoln, passed away May 24, 2016. She was born March 14, 1960 in York, Nebraska, to Daryl D. and Shirley A. (Rhodes) Taylor. Cindy graduated from Exeter High School in 1978, and received her Bachelors of Science Degree... View Obituary & Service Information

The family of Cindy Lou Korsakas created this Life Tributes page to make it easy to share your memories.

Send flowers to the Korsakas family.