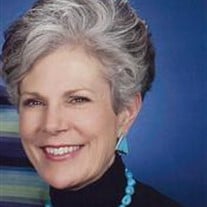 Cynthia Lee (Brinkman) Jackson was born to William Brinkman & Suzanne (Koehler) Brinkman on September 20, 1952 in Franklin, Indiana, and she passed away April 19, 2011 in Alamogordo, New Mexico at the age of 58 years, 6 months, and 29 days.... View Obituary & Service Information

The family of Cynthia L. (Brinkman) Jackson created this Life Tributes page to make it easy to share your memories.