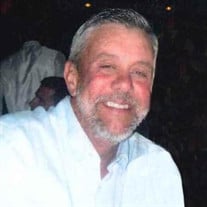 Danny Charles Domeier was born to Harlen W. Domeier and Elaine J. (Carlson) Domeier on January 19, 1954 in Hebron, Nebraska, and he passed away August 24, 2020, at Fillmore County Hospital in Geneva, Nebraska at the age of 66 years, 7 months, and 5 days. He was one of three children in his family. Danny grew up in Geneva, Nebraska, and graduated from Geneva High School in 1972. He always told people his class was 72 graduates in ’72, the largest class in GHS history. He was baptized and confirmed at Grace Lutheran Church in Geneva, NE. Danny loved showing calves during 4-H and being a part of the fair each year. He then attended college for one semester at the University of Nebraska. He soon realized he wanted to return to Geneva for small town life. Danny was married to Kathleen Cuda on February 14, 1981 and they were married for 39 years. Two daughters were born to this union: Abigail Elaine born in 1985 and Katelyn Kay born in 1991. Danny worked as a farmer his whole life. He loved farming and developed his own family farm, Corner D Farms. He was a mastermind farmer, and took great pride in every corn and soybean field he grew. He was a mentor for future farmers learning all about farming as they worked for him in the summers and during the school years. Danny was a typical farmer, praying for rain all summer long. During his farming career, he hit many bumps in the road, but always took them with grace. On Saturdays, Danny was always cheering on the Huskers as a season ticket holder for 30 plus years and on Sundays, cheering on the Kansas City Chiefs as a season ticket holder for 10 plus years. He was thrilled to see the Chiefs win a super bowl this year. Danny was an incredible family man, always proud of his daughters and grandkids. His first grandchild, being named after him, Tommy Charles. He encouraged his daughters to continue their education through undergraduate and master’s degrees as educators. A favorite memory is walking his daughters down the aisle. The grandkids loved going to the farm to ride in the combine, tractor, and side by side. They also enjoyed sitting on grandpa’s lap for a snack or story time. Danny got his wish for a boy in the family when Abby and Katelyn married their husbands. He loved spending time with Tyler and Jaron, and he was always very proud of them. Danny loved holidays, Christmas being his favorite – he could never wait for his turn to open up gifts. Danny loved traveling with his family, visiting Disneyworld, Disneyland, Cancun, Puerto Vallarta, Las Vegas, and Dallas. He always dreaded the plane ride, but he did it for his family, so we could all make new memories. A fond memory was losing him in Cancun, Mexico. Kathy, Abby, and Katelyn got off the city bus too early, and Danny stayed on the bus. We were headed to Margaritaville, and we had to walk miles to get there while dad was still riding the bus. Once we reached Margaritaville, Danny was sitting on the big chair outside the restaurant smiling as Kathy, Abby, and Katelyn were bawling thinking we lost him. It was a memory we can all laugh about now. Danny enjoyed going on day trips with Kathy and close friends, visiting winery’s, the casinos, or small towns. They traveled around the country going to Waco, TX, Nashville, New Orleans, Estes Park, Steamboat, Fort Robinson, Dallas, Texas, and many trips to Kansas City. Danny loved spending time in his trucks driving his daughters and grandkids to appointments, and taking his family on road trips. He was always the family driver taking his daughters on shopping trips, waiting in the car, and watching our fashion shows when we got home. Danny passed away doing what he loved; farming and supporting his family. He always said to his family “it will all work out” and encouraged us not to worry as God always has a plan for us. Danny was preceded in death by his parents Harlen and Elaine; step-mother Esther; brother Gene; and father-in-law, Dean Manire. He is survived by his wife Kathy of Geneva, Nebraska; daughters Abigail and husband Tyler Brandt of Friend, Nebraska and Katelyn and husband Jaron Nelson of Lincoln, Nebraska; grandchildren Tommy Charles and Mia Jae Brandt of Friend, Nebraska; Brother Dennis and wife Maurine Domeier of Geneva, Nebraska; Mother-in-Law Jan Manire of Geneva, Nebraska; Sisters-in-Law Kim Cuda and Tony Giessler of Omaha, Nebraska, Karrie Waldron and husband Dean of Geneva, Nebraska; Step-Sisters Cynthia Harmon and husband, Robert of Placerville, California, Hollace Rowland and husband Bill of Citrus Heights, California, and Anita Wilhelm and husband Gary of Lincoln, Nebraska; nieces, nephews, and many friends. A Funeral Service for Danny was held on Friday, August 28, 2020 at 10:30 a.m. at Grace Lutheran Church in Geneva, Nebraska. Pastor Nicholas Mount officiated the Funeral Service. Cherie Domeier accompanied the congregation in the singing of “Amazing Grace,” “What A Friend We Have In Jesus,” and “I Am Jesus Little Lamb.” Pallbearers for the service included Tyler Brandt, Jaron Nelson, Ross Johnson, Christian Haumont, Larry Wulf, Charlie Heyen, Steve Halvorsen, and John Steider. Interment was held in the Geneva Public Cemetery following the Funeral Service. Farmer & Son Funeral Home was in care of the arrangements and online condolences can be left at www.farmerandsonfuneralhome.com Memorials are suggested to the family for future designation.

Danny Charles Domeier was born to Harlen W. Domeier and Elaine J. (Carlson) Domeier on January 19, 1954 in Hebron, Nebraska, and he passed away August 24, 2020, at Fillmore County Hospital in Geneva, Nebraska at the age of 66 years, 7 months,... View Obituary & Service Information

The family of Danny C. Domeier created this Life Tributes page to make it easy to share your memories.