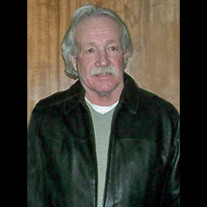 Danny Ray Softley was born to Ralph Softley and Doris (Bobbitt) Softley on August 6, 1953 at Geneva General Hospital, and passed away on November 29, 2017 in York, Nebraska at the age of 64 years. He was one of 5 children born in the family. Danny attended K-8 grade school in Grafton and he graduated from Fairmont High School in 1971. After high school, he received a degree from Southeast Community College in Milford. He farmed with his dad and brothers for many years. In his leisure time, Dan enjoyed hunting and fishing. He took many fishing trips to Canada with friends. In the Fall, he could be found with his Brittany dogs hunting quail and pheasant. On the first day of pheasant season, Danny would host an early morning breakfast for his hunting crew. Danny enjoyed playing sports in high school. One of his favorite past times was playing ping-pong with his family and friends. He enjoyed watching Nebraska football and kept up with the Kansas City Royals, attending several of the football and baseball games with his wife and friends. Danny was a caring husband, brother, uncle and friend. He enjoyed teasing and playing with his many nieces and nephews. Danny was married to Arlene Griess of Grafton, Nebraska on February 2, 1980. They celebrated their 37th anniversary this year. Danny was a member of the Fairmont Community Church. He was also a member of the Grafton Fire Department and Geneva Gun Club. Danny was preceded in death by his parents Ralph & Doris; brother Gary; father-in-law Ewald Griess; and nephew Jackson Softley. He is survived by his wife Arlene of Grafton, Nebraska; brothers Jack (Vicki) Softley of Sutton, Nebraska and Bill (Joan) Softley of Fairmont, Nebraska; sister Linda (Don) Bristol of Fairmont, Nebraska; mother-in-law Louisa Griess of Grafton, Nebraska; sister-in-law Susan Griess of Lincoln, Nebraska; brother-in-law Wayne (Joy) Griess of Martell, Nebraska; and many nieces, nephews, relatives and friends. A Funeral Service for Danny was held on Monday, December 4, 2017 at 2:00 p.m. at the Fairmont Community Church in Fairmont, Nebraska. Pastor Pat Norris officiated the service. Nancy Jo Galusha accompanied the congregation in the singing of “Here I Am Lord” and “How Great Thou Art.” She also played “I Can Only Imagine” as an instrumental processional song. The recorded selection “Amazing Grace” was played as the recessional song. Pallbearers for the service included Mitchell Softley, Shane Bristol, Sean McGill, Dave Ekwall, Frank Adams, and Marv Hulse. Honorary bearers included Jamie Demuth, Cassie Softley, Shaundee Softley, Logan Softley, Brady Bristol, Angie Schurmann, Tiffany McGill and Farren Griess. Interment was held in the Grafton Cemetery following the Funeral. Farmer & Son Funeral Home of Geneva conducted the services. Online condolences can be left at www.farmerandsonfuneralhome.com Memorials are suggested to the Grafton Fire & Rescue or Fairmont Community Church.

Danny Ray Softley was born to Ralph Softley and Doris (Bobbitt) Softley on August 6, 1953 at Geneva General Hospital, and passed away on November 29, 2017 in York, Nebraska at the age of 64 years. He was one of 5 children born in the family.... View Obituary & Service Information

The family of Danny R. Softley created this Life Tributes page to make it easy to share your memories.

Send flowers to the Softley family.