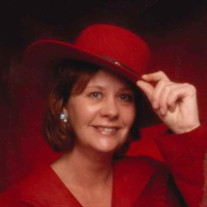 A Public Visitation will be held for Denise on Tuesday, February 8, 2022 from 1:00 p.m. until 8:00 p.m. with the family present at Farmer & Son Funeral Home in Geneva, Nebraska. It was Denise's wishes to be cremated following the visitation. There will not be any formal funeral services held at this time. Memorials are to be directed to the family to be designated at a later date. Denise Marie Kelly was born to Elston Dale Murphy and Jeanette Marie Chandinais on November 4th, 1958 in Lincoln, NE and passed away February 2nd, 2022 at Fillmore Hospital in Geneva, NE at the age of 63. She was the youngest of 7 children, a wonderful mother to 3, and a loving grandmother to 5. She first married Mick Johnson and on June 9th, 1981 she gave birth to her first son Adam T Johnson in Lincoln, NE. She filed for divorce less than two years later, and moved with baby Adam to Manhattan, KS where she met her next husband Paul Jay Besselievre and became pregnant with her second son, Paul Avery Besselievre, who was born in Manhattan, KS the day after Christmas on December 26th, 1991. Jay and Denise married on May 30th, 1992. After the birth, a short time living in an apartment in Manhattan, and at her husband's urging, she left for California with Adam, Jay, and baby Avery. She moved to Clovis with Jay where she became pregnant for the final time with her youngest son Austin Dean Besselievre, who was born in Clovis, CA on the 25th of May 1994. This husband lasted longer than the last one and even though she did like him a lot, their differences grew too strongly over time and she divorced him, moving back to Nebraska with her family and taking her three boys with her. Always a mother first and foremost, she often worked three jobs at once to keep a roof over her childrens' heads. They moved often, with the boys attending different schools almost every year from 1998-2004, but no matter the hardships she always provided for her children. She did things the best way she knew how, and after years of searching she finally met the person who would bring safety and security to her family. Being a very headstrong and independent woman, it took three marriages before she found a man she could tolerate for more than a few years. To anyone who knew her, this was a tremendous accomplishment. She was married to Larry Kelly Jr. on March 17th of 2012. They were married for almost 10 years. She was preceded in death by her mother, father, and her brothers Robert Murphy and Lloyd Dean Murphy. She is survived by her husband Larry, her three sons Adam, Austin, and Avery, and her five grandchildren Conner, Liam, Owen, Rylee, and soon to be born Jeanette. She was an avid outdoors woman and a strong environmentalist, donating to many wildlife organizations and shelters, and often going on trips to the archery range. She loved camping, and even bow hunted a Thanksgiving Turkey for dinner. She loved music, with hundreds of classic vinyl records in her possession when she passed. She was the lead singer of many bands including a bike band, a guitarist, and sometimes a harmonica player as well. She was a member of Native American foundations in California, Nebraska, and many other states. She taught her children Cherokee, handcrafted moccasins, and hosted events many times to bring herself and others closer to their Native American heritage where people would exchange advice, wisdom, skills, recipes, music, and gifts. A true rebel, a great cook, her own boss, a grounded soul, a musician, a flower child, a hard worker, a nurturing spirit, the feminine divine.

A Public Visitation will be held for Denise on Tuesday, February 8, 2022 from 1:00 p.m. until 8:00 p.m. with the family present at Farmer & Son Funeral Home in Geneva, Nebraska. It was Denise's wishes to be cremated following the visitation.... View Obituary & Service Information

The family of Denise Marie Kelly created this Life Tributes page to make it easy to share your memories.

A Public Visitation will be held for Denise on Tuesday, February...

Send flowers to the Kelly family.