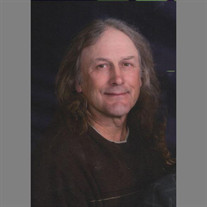 Funeral services for Dennis will be held on Tuesday, June 2, 2015 at 11:00 a.m. at the Zion Lutheran Church, rural Tobias, Nebraska. Pastor Ryan Meyer will officiate the services. Visitation for Dennis will be Monday from 2:00 p.m. to 8:00 p.m. at the Farmer & Son Funeral Home-Kotas Chapel in Milligan, Nebraska. Dennis will be cremated following the funeral service on Tuesday. Dennis D. Bartels, was born October 1, 1955, to Bernard and Deloras (Schwisow) Bartels in Fairbury, Nebraska. He died in rural Tobias on May 29, 2015, at the age of 59 years, seven months, and twenty-nine days. We will dearly miss our husband, son, father, grandfather, brother, uncle, and friend. Dennis was baptized October 16, 1955 and was confirmed March 30, 1969 in the Zion Lutheran Church near Tobias. He attended Zion Lutheran Grade School through the eighth grade. Dennis graduated from Meridian High School in 1973 and from the University of Nebraska College of Technical Agriculture at Curtis in 1975. On June 27, 1997, he married Janet Vavra at the St. Wenceslaus Church in Milligan and they resided in Milligan. After graduating from college, Dennis and his Dad farmed together near Tobias for many years. For 20 of those years, they had a registered Holstein dairy operation. After his Dad retired, Dennis’ wife helped with the harvest and farmwork. Dennis played fast-pitch softball for many years, was an avid Husker fan and attended football games every season, and looked forward to getting together with family and friends at reunions. Dennis enjoyed wood-working and restored several antique furniture pieces. One of Dennis’ favorite pastimes was going to farm sales and he always had a great time even if he did get out-bid. Dennis is preceded in death by his mother, Deloras Schwisow Bartels. He is survived by his beloved wife of 17 years, Janet Bartels; father, Bernard E. Bartels of Lincoln; children and spouses, Tamara and Jeremy Mostek of Hickman and Jonathan and April Vavra-Fong of Castle Rock, Colorado; grandchildren, Devin Searcey, Dylan and Mason Mostek, Ayden and Aspen Vavra-Fong; brother, Keith and his wife, Mary Bartels of Lincoln; sister, Jean Bartels and her husband, Steve Armburster of Elmwood;Father-in-law and mother-in-law, Melvin and Arlene Vavra of Milligan; brothers-in-law and sisters-in-law, David and Dana Vavra of Doniphan, Lois Vavra of Colorado Springs, Mark Vavra of Milligan, and Gary and Crystal Vavra of Milligan; aunts, Janile Roesler, Berniece Pfingsten, Lorna Bartels and Elma Vavra; uncles, Virgil and wife Joanne Schwisow, Elroy Schwisow, Roger Schwisow, and Leslie Schwisow; great-aunts, Eleanor Schwan, Darlene Schweer and Irene Marschman; nephews, nieces, great-nephews, great-nieces, and many cousins. Memorials are directed to the family for later designation.

Funeral services for Dennis will be held on Tuesday, June 2, 2015 at 11:00 a.m. at the Zion Lutheran Church, rural Tobias, Nebraska. Pastor Ryan Meyer will officiate the services. Visitation for Dennis will be Monday from 2:00 p.m. to 8:00... View Obituary & Service Information

The family of Dennis D. Bartels created this Life Tributes page to make it easy to share your memories.

Funeral services for Dennis will be held on Tuesday, June 2,...