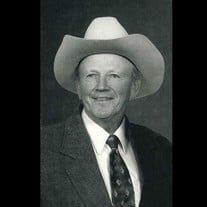 Don Eugene Dowdy of Carleton, Nebraska was born to Jesse LeRoy “Roy” and Leta Mae (Austin) Dowdy on August 10, 1935 at his home in rural Davenport, Nebraska. He departed this earthly life on November 15, 2020 at Bryan East in Lincoln, NE, at the age of 85 years, 3 months, and 5 days. His mother, Leta, passed away in January of 1945 and on November 28, 1946, his father, Roy, married Ruth Hoffert of Carleton. Max and Don were overjoyed to once again be together as a family. Don was baptized at the First Christian Church of Hastings in Hastings, Nebraska on September 8, 1946. He was later a member of Zion Lutheran Church in Carleton. He attended Longfellow Grade School in Hastings and then moved to Carleton where he attended Summit District 58 in Fillmore County. He graduated from Carleton High School with the Class of 1953. On August 26, 1958, he was united in marriage to Marla Wilhelms at Trinity Lutheran Church in Bruning, Nebraska. This union was blessed with the birth of their three children: David, Dianne, and Bradley. Don was stationed in El Paso, Texas and served in the United States Army from 1958 to 1960. In February 1960, he, Marla, and Dave returned to Nebraska. They made their home in rural Carleton; it was there that he started to farm and later raise cattle. He had a love for horses. He enjoyed riding them for leisure as well as using them to work the cattle. Over the years, he enjoyed the outdoor life, especially hunting and fishing. A favorite pastime was attending rodeos and watching them on television. He had a special interest in them as he was a participant in his younger years. He also looked forward to spending time with family, especially at Dave’s cabin/pasture riding horses, fishing, and socializing. Don was preceded in death by his mother, Leta, his parents, Roy and Ruth Dowdy, and his sister-in-law, Marjorie Dowdy. Don is survived by his wife, Marla, of 62 years of Carleton; children Dave Dowdy and wife Renee of Fairbury, Nebraska, Dianne (Dowdy) Meyer and husband Dave of Ruskin, Nebraska, and Brad Dowdy and wife Kimberly of Shickley, Nebraska; grandchildren Kipp Dowdy of Burwell, Nebraska, Kelsi (Dowdy) Jelden and husband Joe of Bennington, Nebraska, Spencer Dowdy and wife Morgan of Carleton, Nebraska, Brittany Meyer and Blake of Auburn, Nebraska, Brianna (Meyer) Henry and husband Cuyler of Lincoln, Nebraska, Bethany (Meyer) Vitko and husband Tanner of Lincoln, Nebraska, and TJ Fulmer and wife Anna of Franklin, Tennessee; great-grandchildren Klarissa and Kale Dowdy, Harper and Kollins Jelden, Crew, Brynn, and Cohen Henry, Capri Vitko, and Finley Fulmer; brothers Max Dowdy, Dale Dowdy and wife Christy, John Dowdy and wife Doris; sister-in-law Gail (Wilhelms) Shive and husband Peter; nieces, nephews, cousins, and friends. A Memorial Service for Don was held on Monday, December 28, 2020 at 10:30 a.m. at Zion Lutheran Church in Carleton, Nebraska. Pastor Beth Roegner officiated the Memorial Service. Deb Polhlmann accompanied the congregation in the singing of “Amazing Grace.” She also accompanied Ed Durst in the singing “What A Friend We Have In Jesus.” A Committal of Ashes was held in the Carleton Cemetery following the Memorial Service with Military Honors provided by the Carleton American Legion Post 329 and the Nebraska Military Honor Guard. Farmer & Son Funeral Home was in care of the arrangements and online condolences can be left at www.farmerandsonfuneralhome.com Memorials are suggested to the Zion Lutheran Parish Hall Project or the Carleton Saddle Club.

Don Eugene Dowdy of Carleton, Nebraska was born to Jesse LeRoy &#8220;Roy&#8221; and Leta Mae (Austin) Dowdy on August 10, 1935 at his home in rural Davenport, Nebraska. He departed this earthly life on November 15, 2020 at Bryan East in Lincoln,... View Obituary & Service Information

The family of Don E. Dowdy created this Life Tributes page to make it easy to share your memories.