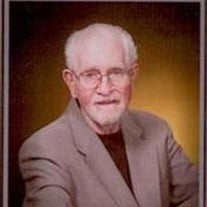 Donald F. Best, 85, of Geneva, passed away March 1, 2013 in Lincoln, Nebraska. He was born on a farm southwest of Upland to Harm and Mary Mabel Best on August 21, 1927. He attended a country elementary school and graduated from Upland High School in 1945. He was active in all sports, but especially enjoyed baseball and basketball. He joined the U.S. Navy in August of 1945 and was sent to boot camp in San Diego, California. He also served in the Great Lakes region and at a Navy personnel separation center in St. Louis, Missouri. After his discharge in August 1946, he enrolled at Kearney State College within 5 days. Don was married to Donna Fredrickson on May 29, 1947 and graduated from college in May of 1950. He served the Verdel Public Schools as principal and after one year, became superintendent. In 1953, Don moved his family to Chapman, NE where he served as superintendent until 1958 and earned his Master's degree from Kearney State College. Don then served as principal at the Youth Development Center in Geneva and was promoted to superintendent in 1963, a position he held for 32 years. He retired in October of 1989. During his time in Geneva, he was named as the first Director of Juvenile services for the state of Nebraska and served as Director of Corrections under Governor J. James Exon, and later under Governor Charles Thone. He was a member of the Juvenile Justice Association and was awarded the Outstanding Juvenile Service Award in 1990. He was preceded in death by his parents, Harm and Mary Mabel Best of Upland, NE, his stepmother Bertha Westerbuhr, two infant twin sons Kerry and Terry, and grandson, Anthony Bertuccelli. He is survived by his wife, Donna of Geneva; sister Doneta Gifford of Kearney, NE; and children: Cristy and husband Keith Koch of Shickley, NE; Cherryl Bertuccelli of Osborne, KS; Sandi and husband Rod Renken of Geneva; Brad Best and fiancé Dianna Johnson of Henderson, NE; and Carol Best of Omaha, NE. He was also blessed with nine grandchildren and fourteen great grandchildren. Faith and family were of great importance in his life. He was a wonderful husband, father, grandfather, and friend. His life serves as an example to seek ways to lighten the burdens of others. Funeral services for Don were held on Tuesday, March 5, 2013 at 10:00 a.m. at the Prince Of Peace Lutheran Church in Geneva. Pastor James Sells officiated the services. Sharie Hubert accompanied the congregation in the singing of “Abide With Me” and “What A Friend We Have In Jesus.” Lois Burger played a piano solo of “How Great Thou Art.” Military Rites were held at the church following the funeral service, and they were performed by the Geneva VFW Samuel J. Marsh Post 7102. Pallbearers for the service included Kory Koch, Ryan Renken, John Reilly, Lucas Dart, David Bahe, and Tyler Pulec. Honorary bearers included Kari Bahe, Kelli Reilly, Kimberly Dart, Alisha Renken, Erin Best, Rebecca Best, and Jamie Koch. Interment was held at 3:00 p.m., Tuesday, at the Upland Cemetery, Upland, Nebraska. Memorials are directed to the Prince Of Peace Lutheran Church or the Geneva Rescue Unit. Farmer & Son Funeral Home was in charge of the arrangements.

Donald F. Best, 85, of Geneva, passed away March 1, 2013 in Lincoln, Nebraska. He was born on a farm southwest of Upland to Harm and Mary Mabel Best on August 21, 1927. He attended a country elementary school and graduated from Upland High... View Obituary & Service Information

The family of Donald F. Best created this Life Tributes page to make it easy to share your memories.

Send flowers to the Best family.