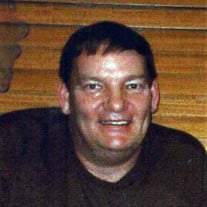 A public Graveside Committal of Ashes will be held on Saturday, September 13, 2014 at 10:30 a.m. at the Fairmont Public Cemetery in Fairmont, Nebraska. Pastor Jeff Jensen will be officiating the committal. Memorials are directed to the family. DonDel Korbelik, son of Delron Korbelik and the late Loretta (Peschel) Korbelik was born on March 24, 1961, at Hebron Nebraska and passed away September 9, 2014 at his home in Fairmont: at the age of 53 years, 5 months and 16 days. He was one of four children. DonDel was raised in Fairmont, attended Fairmont High School, and lived most of his life in the town he loved. On February 24, 1989, DonDel married Jina Michelle Galusha. To this marriage 3 daughters were born: Samantha Dawn, Heather Brooke, and Sarah Faith. Following the divorce in May of 2000, the girls moved to North Carolina with their mother. It was painful for DonDel to be so far away from his daughters whom he loved so dearly. DonDel was employed with Abenoga of York, Steve Ackland Construction and Farmers Co-op of Fairmont. While in good health, DonDel enjoyed fishing, camping and helping his Dad at tractor pulls. He enjoyed spending time with family and especially missed the time he spent with his mother after her passing in 2012. DonDel is survived by his three daughters of Greenville, NC, father Delron Korbelik of Fairmont, NE, brother Dale (Patty) Korbelik of Crete, NE, sisters Tari Redman of Minden, NE and Corinne (Marv) Hulse of York, NE, nephews Aaron and Nicholas Becker, Jarod and Derek Korbelik, and Chad Hulse, nieces Rebeka Brazee, Erica Becker, and Annie Rohde, great nephews Jase Korbelik and Brycen Brazee, great niece Haven Korbelik and a host of relatives and friends. DonDel’s Grandparents and his mother Loretta Korbelik preceded him in death.

A public Graveside Committal of Ashes will be held on Saturday, September 13, 2014 at 10:30 a.m. at the Fairmont Public Cemetery in Fairmont, Nebraska. Pastor Jeff Jensen will be officiating the committal. Memorials are directed to the family.... View Obituary & Service Information

The family of DonDel Korbelik created this Life Tributes page to make it easy to share your memories.

A public Graveside Committal of Ashes will be held on Saturday,...

Send flowers to the Korbelik family.