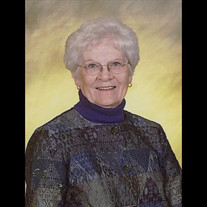 Donna Mae (Petersen) Jasinski, of Cordova, died suddenly, Monday, July 22, 2019 at the age of 81 years, 2 months, and 6 days. She was born May 16,1938 to Ray M. and Phyllis M. (Kleinschrodt) Petersen in Exeter, Nebraska. She was one of 2 children born in the family. Donna attended Exeter High School and graduated in 1955. After graduation, she worked in Lincoln in the Insurance & Banking industry. While in Lincoln, she met the love of her life Henry "Hank" Jasinski. They married on October 18, 1958 and to them 3 children were born; Tammy, Gary and Scott. She and Hank moved back to Cordova and farmed before purchasing and running Hank and Donna's Tavern for 30 Years. Lifelong special friendships and special memories came from this adventure. Hank and Donna sold the bar in August of 2002. Family was a treasure to Donna. Special times included following the Granddaughters in their athletic competitions. She also enjoyed communicating on Facebook, Taco Tuesdays, Red Hat Gatherings, camping and fishing trips and watching the Great Grandchildren grow. She was an active member of the Zastrow Cemetery Board, Cordova Community Club and Trinity Lutheran Church in Cordova. Donna was very proud of her Hometown Cordova, setting on the porch watching the neighborhood kids, grandkids, etc. ride their bikes, 4-wheelers, scooters and visiting with those passing by. Donna was preceded in death by her parents Ray and Phyllis Petersen; parents-in-law Henry and Bernice Jasinski; son Gary "Jake" Jasinski; and daughter-in-law Tonja Jasinski. Donna is survived by her husband Hank Jasinski; daughter Tammy (Bill) Sladek; son Scott Jasinski; granddaughters Kelly (Mitch) Rischling and their children Kash and Kyah, Kimberly (Tanner) Gloystein and their son Parker; Granddogs Willy, Charlie and Boo; brother Don (Jayne) Petersen and a host of other relatives and friends. A Funeral Service for Donna was held on Friday, July 26, 2019 at 10:30 a.m. at Trinity Evangelical Lutheran Church in Cordova, Nebraska. Pastor Michelle Kanzaki officiated the service. Amy Emshoff accompanied the congregation in the singing of “Jesus Loves Me”, “Beautiful Savior,” and “Precious Lord, Take My Hand.” Pallbearers for the service included Tom Petersen, Luke Petersen, Jerry Petersen, Danny Petersen, A.J. Hansen, Tim Tieken, Jon Petersen, and John Krolikowski. Honorary Pallbearers included Kash Rischling, Kyah Rischling, and Parker Gloystein. Interment was held in the Zastrow Cemetery following the Funeral Service. Farmer & Son Funeral Home was in care of the arrangements and online condolences can be left at www.farmerandsonfuneralhome.com. Memorials are suggested to the Zastrow Cemetery or the donor’s choice.

The family of Donna Mae Jasinski created this Life Tributes page to make it easy to share your memories.

Send flowers to the Jasinski family.