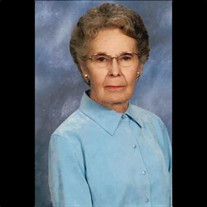 Doris Elaine Moravec was born to Harry and Lillie (Hickmon) Helton on July 17, 1932, in Geneva, Nebraska. She peacefully entered her eternal life on Wednesday, March 17, 2021, at Fairview Manor Nursing Center in Fairmont, Nebraska, at the age of 88 years and 8 months. She was the middle child of three children in the family. Doris grew up in Geneva, graduating from Geneva High School in 1950. After graduating, she married Donald Joseph Moravec on January 3, 1951 in Wharton, Texas. Three children were born of this union: Susan, Nancy and Joseph One of her greatest pleasures was being of service to others. She lived this through spoiling her children and grandchildren with her delicious homemade meals and their favorite desserts. Repeated requests always included ham, roast, broccoli salad and an assortment of pies and cookies. Board games and puzzles, along with the occasional game of cards were always at the center of every family gathering. Doris was the master of sending cards to people, letting them know just how special they were to her. Her selfless service to others was also evident by her work at the nursing home, her caring for others in their home, her weekly delivery of meals through the Senior Center and assisting with activities at the United Methodist Church. Doris stayed busy with traveling, attending athletic and school events of her children and grandchildren and gardening. She loved to knit and quilt and you could always find her walking with friends. In her later years she spent much of her day watching the birds busy themselves at the bird-feeders outside her windows and listening to her favorite music. She was a member of the Fillmore County Women's Extension Club, Grange, and the United Methodist Church. Her unreserved, spunky, ornery personality, along with her humor and self-giving, loving nature will be truly missed by all who knew her. Doris was preceded in death by her parents; her brothers Richard and Donald; her son, Joseph; and Donald Moravec. She is survived by daughter Susan Fixemer, son-in-law Richard and their children Jeremy, Jason, Joseph and Julie; by daughter Nancy Schnegelberger, son-in-law Evan and their children Michael and Sarah; and by son Joseph's children Brendon and Cody. In addition, she is blessed with 12 great grandchildren. A Funeral Service for Doris was held on Saturday, March 20, 2021 at 10:30 a.m. at the United Methodist Church in Geneva, Nebraska. Pastor Doug Griger officiated the Funeral Service. The recorded selections “Beautiful Isle Of Somewhere” and “Sweet Hour Of Prayer” were played during the service. “Amazing Grace” was also sang as a congregational hymn to recorded accompaniment. Pallbearers included Jeremy Fixemer, Jason Fixemer, Joseph Fixemer, Julie Fixemer, Michael Schnegelberger, Sarah Brecheisen, Brendon Moravec, and Cody Moravec. Honorary Pallbearers included Richard Fixemer and Evan Schnegelberger. A Graveside Service was held in the Geneva Public Cemetery following the Funeral Service. Farmer & Son Funeral Home was in care of the arrangements and online condolences can be left at www.farmerandsonfuneralhome.com Monetary gifts and donations will go to the "Feed The Birds" fund at Fairview Manor.

Doris Elaine Moravec was born to Harry and Lillie (Hickmon) Helton on July 17, 1932, in Geneva, Nebraska. She peacefully entered her eternal life on Wednesday, March 17, 2021, at Fairview Manor Nursing Center in Fairmont, Nebraska, at the age... View Obituary & Service Information

The family of Doris E. Moravec created this Life Tributes page to make it easy to share your memories.

Send flowers to the Moravec family.