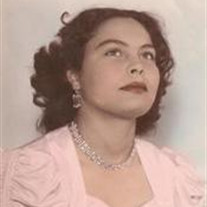 Dorothy Louise Quick was born to Donald Mumford and Bertha Perkins on October 23, 1930, in Laurinburg, North Carolina, and passed away September 7, 2012, at Saint Elizabeth Hospital in Lincoln, Nebraska, at the age of 81 years, 10 months, and 15 days. She was one of five children in the family. Dorothy was married to Robert “Bob” Quick of Fairmont, Nebraska, on September 28, 1953, in the Territory of Alaska. This union was blessed by two sons, Mark and Allen. Bob and Dorothy resided in Fairmont, Nebraska, after returning from their military service in Alaska in 1953. She raised her family, and was very active in the community. Over the years Dorothy held many jobs within Fairmont to include the American Legion, Stockman’s Club, Fairview Manor, and at X-tra Touch Barbecue, where she helped develop the recipe for the famous X-tra Touch Barbecue sauce. Over the last 16 years Dorothy and Wayne Henkel shared their lives together and during the winters traveled to Onalaska, Texas to enjoy the fishing and warmer weather. Dorothy was a kind and loving woman in the community, and her home was a gathering center of activity for the neighborhood children and families. She was a member of the American Legion Women’s Auxiliary in Fairmont for over 50 years, and was also active in the Tractor Pull Association. In her leisure time, Dorothy enjoyed cooking, going fishing, and dancing. Her true pride and joy was her family. She was loved dearly, and will be remembered and missed by all. Dorothy was preceded in death by her parents, and her husband, Bob Quick, on February 13, 1991. She is survived by her husband, Wayne Henkel and his two daughters, Carol and Geniece of Fairmont, Nebraska; her brother, Roy Mumford of Ozark, Arkansas; her three sisters of Ohio; her daughter, Shirley Johnson, of North Carolina; her son, Allen Quick, and wife Debbie, of Hereford, Arizona; and her son, Mark Quick, and wife Stefanie, of Plattsmouth, Nebraska. She is also survived by nine grandchildren, and one great-grandchild. Funeral service for Dorothy will be Tuesday September 11, 2012, at 10:00 a.m. at the Fairmont Community Church in Fairmont, Nebraska. Interment will be in the Fairmont Public Cemetery. Visitation will begin Monday at 1:00 p.m. until 8:00 p.m. with family greeting friends from 6:00 until 8:00 at the Farmer & Son Funeral Home in Geneva, Nebraska.

Dorothy Louise Quick was born to Donald Mumford and Bertha Perkins on October 23, 1930, in Laurinburg, North Carolina, and passed away September 7, 2012, at Saint Elizabeth Hospital in Lincoln, Nebraska, at the age of 81 years, 10 months, and... View Obituary & Service Information

The family of Dorothy L. Quick created this Life Tributes page to make it easy to share your memories.

Send flowers to the Quick family.