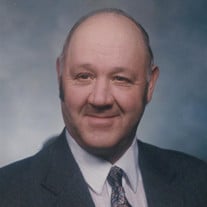 Duane Vaughn Lott was born to Floyd Isaac Lott and Cecelia Fern (Miller) Lott on November 27, 1937 at Geneva, Nebraska, and passed away on April 26, 2016 at Heritage Crossings in Geneva, Nebraska at the age of 78 years, 4 months, and 30 days. He was one of two children born in the family. Duane lived his entire life in the Fairmont area growing up on a farmstead west of Fairmont. He graduated from Fairmont High School with the class of 1956. He began farming with his father, Floyd, from a young age when he was just old enough to see over the top of the tractor. In 1974 after Duane’s father had retired, he formed a farming partnership with his childhood friend, Marv Roper and together the two worked the land until after the 2015 final harvest was in. Farming not only became an occupation for Duane, it became a passion and a lifestyle. He had a strong sense of pride in his farming and livestock operation and he lived honestly and worked hard for what he had. Duane was a humble man, living a simple private life. He was one of the most loyal people to his friends and family. He taught his children to live simply, frugally, and most importantly, honestly. His business life was farming and livestock, and he could think of nothing else quite as important, but his personal life was centered in family, near and far, his 2 children and 4 grandchildren. When possible, he and Marie attended the grandchildren’s school activities and they never failed to put a smile on his face. His pride and joy were his family. Duane made a decent living with farming and livestock, but he also made a GREAT life as an example for his family. Duane lived an active lifestyle and was associated with many organizations including: the Army National Guard from 1961 to 1966, Fairmont Community Church, Fairmont American Legion, Exeter Feeders & Breeders, board member of the Farmer’s Coop for 9 years, and also serving as an Odd Fellows Member. He enjoyed traveling with Marie, going to auctions hunting for John Deere tractor collectibles, and various coffee groups with his good friends. Duane was preceded in death by his parent, Floyd and Cecilia. He is survived by his son and daughter-in-law Jim & Jamie Lott of Grand Island, Nebraska; daughter and son-in-law Linda & Mark Mitchell of Lincoln, Nebraska; special friend Marie Huber of Grafton, Nebraska; sister and brother-in-law Darlene & Richard Janing of Geneva, Nebraska; grandchildren Michael & Shae Lott of Grand Island, Nebraska and Skyelar & Sage Mitchell of Lincoln, Nebraska. Funeral services for Duane were held on Saturday, April 30, 2016 at 10:30 a.m. at the Fairmont Community Church. Pastor Brad Barrows officiated the service. Nancy Jo Galusha accompanied the congregation in the singing of “Amazing Grace” and “The Old Rugged Cross.” The recorded selection “I Can Only Imagine” was also played during the service. Pallbearers for the service included Michael Lott, Shae Lott, Skyelar Mitchell, Sage Mitchell, Mike Janing, and John Janing. Honorary bearers included Marvin Roper, Gary Roper, Dave Bristol, Don Bristol, Shane Bristol, and Gary Saltzman. Following the funeral service, interment was held in the Fairmont Public Cemetery with Military Rites performed by the Fairmont American Legion Lt. Forbes Post 21. Memorials are directed to the Fairmont American Legion or the Fairmont Community Church. Farmer & Son Funeral Home conducted the services and condolences may be left at www.farmerandsonfuneralhome.com.

Duane Vaughn Lott was born to Floyd Isaac Lott and Cecelia Fern (Miller) Lott on November 27, 1937 at Geneva, Nebraska, and passed away on April 26, 2016 at Heritage Crossings in Geneva, Nebraska at the age of 78 years, 4 months, and... View Obituary & Service Information

The family of Duane V. Lott created this Life Tributes page to make it easy to share your memories.

Send flowers to the Lott family.