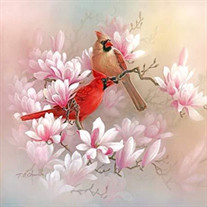 Edna Fae (Roth) Eichelberger was born to William Roth and Matilda Schlegel Roth on January 18, 1931 in rural Shickley, Nebraska and passed away on December 9, 2020 at Fairview Manor in Fairmont, Nebraska at the age of 89. She was one of three children in her family. Edna’s family instilled in her a strong ethic from a young age. She always looked for ways to help people and made sure her family’s needs were met, helping out with cooking, cleaning and chores. Edna even learned to embroider from her grandma, Lena Schlegel. Edna always had a passion for education. She graduated from Shickley High School in 1948 and then attended summer school in York, Nebraska to get her teaching certificate. Edna taught country school in School District 59 for two years, prior to her marriage. She later taught Sunday School and Bible School classes. Edna cared deeply about her grandchildren’s education. She recorded books on tape to help them cultivate their reading skills and assisted with homework. On August 24, 1950, Edna married Don Eichelberger. Together, they had three children. Edna deeply loved her children and grandchildren. She always found time to spend with her grandkids, allowing them to spend endless days at her home in the summer, taking them on special outings for their birthdays or just calling to check on them. She even taught her granddaughter how to embroider. Every time one of her grandchildren walked into her home, she greeted them with a big smile. Don and Edna worked side by side on the farm. Edna always kept a large garden and helped out with the bookkeeping at her son’s mechanic shop. She always looked for ways to help her family. In her spare time, Edna loved playing board games, dominoes and cards. She also loved putting puzzles together. Edna accepted Jesus Christ as her personal savior and received baptism at a young age. She remained a faithful member of the Salem Mennonite Church until her passing, helping out with the church sewing group, making quilts and preparing food for church meals. Edna was preceded in death by her parents, her husband Don, her brother and sister-in-law Glenn and Wauneta Roth, her brother Lyle Roth, her granddaughter, Jodi Donn Swartzendruber and her great grandson, Tobyn Lewis Swartzendruber. Edna is survived by her son Loren, daughter Kay and husband Dennie Swartzendruber, daughter Cynthia and husband David Batty, grandchildren Corey (Alyson) Swartzendruber, Lucas Swartzendruber, Jill Swartzendruber, great granddaughters Amity and Harper Swartzendruber, brother-in-law Larry (Barbara) Eichelberger, sister-in-law Marjorie (Galen) Kennel, sister-in-law Joan Roth and many nieces and nephews. A Funeral Service for Edna was held on Saturday, December 11, 2020 at 10:30 a.m. at Salem Mennonite Church, rural Shickley, Nebraska. Pastor Ben Schlegel officiated the Funeral Service. Judy Lichti provided the prelude and postlude music and the recorded selections “Because He Lives,” “Sweet Hour Of Prayer,” and “This World Is Not My Home” were played for the service. Pallbearers for the service included Merle Noel, Marlyn Noel, Lester Schlegel, Dallas Schlegel, Doyle Eichelberger, and Rex Kennel. Honorary Pallbearers included Cory Swartzendruber, Alyson Swartzendruber, Lucas Swartzentruber, and Jill Swartzendruber. A Graveside Service was held in the Salem Cemetery following the Funeral Service. Farmer & Son Funeral Home was in care of the arrangements and online condolences can be left at www.farmerandsonfuneralhome.com Memorials are suggested to the family for future designation.

Edna Fae (Roth) Eichelberger was born to William Roth and Matilda Schlegel Roth on January 18, 1931 in rural Shickley, Nebraska and passed away on December 9, 2020 at Fairview Manor in Fairmont, Nebraska at the age of 89. She was one of three... View Obituary & Service Information

The family of Edna F. Eichelberger created this Life Tributes page to make it easy to share your memories.

Send flowers to the Eichelberger family.