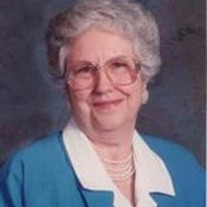 Eleanor Fay (Cox) Kimbrough was born on July 24th, 1924 to Phebe Kathryn (Hoffert) Cox and Samuel J. Cox in the family home in Cleveland, Ohio and passed away August 21, 2011 at Heritage Crossings in Geneva, Ne at the age of 87 years. She was an only child. Eleanor’s father passed away when she was one and half years old. Her and her mother moved to Carleton, Ne where she attended grade school and high school. While in high school she met Donald Dean Kimbrough Sr., at a dance in Burress, Ne. Eleanor graduated high school in 1942 and on July 22, 1942 her and Don were married. Don was drafted into the Army, where he was with the 348th Army Engineers; he often drove truck into the front lines of battle. His unit landed at Omaha Beach in France on D-Day. The Kimbrough’s farmed for a living south of Geneva; where Eleanor cared for her family. The family raised cattle, sheep and chickens, but their first love was horses. In 1969 Don and Eleanor spent a month in South America with the “People to People” Organization. Don and Eleanor took many trips within the United States and began going south for the winter in their camper to Apache Junction, Arizona. Later they bought a Park Model in Mesa Regal in Mesa, Arizona. In 1987 the Kimbrough’s moved to Geneva as Don retired from farming. Eleanor enjoyed sewing, textile painting, and going to craft shows. She had a “knack” for looking at something and then being able to replicate it for her own collection. Her most profitable hobby was painting pictures of cats on riverbed rocks. She has sold them all over the United States and a few have ended up in other countries. She also enjoyed tole painting, using oil and fabric paints, and doing “animal portraits”. Eleanor belonged to the Stanton Extension Club, Fillmore County Saddle Club, and Geneva Arts Club and was a member of the Evangelical Free Church. Eleanor also enjoyed walking the Survivor Lap at the yearly Relay for Life event. She was a cancer survivor of many years. Eleanor enjoyed spending time with her “sister in Christ” Donna Wilkins. They taught “Good News Club” to lots of children. They wanted them to learn of God’s love and accept Christ into their lives. Sharing about the Lord to others was an important part of her life, since she herself had accepted Christ into her heart at a young age. Eleanor prayed for all of her family daily for their walk with Christ. Eleanor was preceded in death by her parents Samuel and Phebe Cox, husband Donald Dean Kimbrough, Sr., and daughter in law Janelle Kimbrough. She is survived by her sons Dr. James E. and wife Carole of Grand Island, Don Jr. and wife Karen of Geneva, Roger L. and wife Cathy of Geneva, Clinton R., and wife Laurie of Humbolt, daughter Kathryn A. and husband Marty Peppard of Geneva, 23 grandchildren and 28 great grandchildren, several nephews and nieces and many close friends. Services for Eleanor will be held on Wednesday, August 24, 2011 at 10:30 a.m. at the Evangelical Free Church in Geneva with Pastor Jeff Jensen officiating the services. Interment is in the Geneva Public Cemetery with Farmer & Son Funeral Home in charge of arrangements. Memorials are directed to the Evangelical Free Church youth organizations.

Eleanor Fay (Cox) Kimbrough was born on July 24th, 1924 to Phebe Kathryn (Hoffert) Cox and Samuel J. Cox in the family home in Cleveland, Ohio and passed away August 21, 2011 at Heritage Crossings in Geneva, Ne at the age of 87 years. She was... View Obituary & Service Information

The family of Eleanor Kimbrough created this Life Tributes page to make it easy to share your memories.

Send flowers to the Kimbrough family.