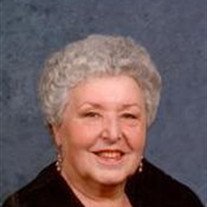 Ellen Panec (a 42-year resident of Fairbury) died October 28, 2011 at Madonna Rehabilitation Hospital in Lincoln following a yearlong battle with lung and brain cancer.  Her last weeks were spent suffering multiple injuries following a serious car accident September 19 in Lincoln.  Ellen was 68. Born March 29, 1943 to the late William and Irma Laun of Tobias, Ellen attended Palmer County school in Saline country until 6th grade, finishing junior high at the Tobias public school.  She entered Tobias High School in 1957, graduating in 1961.   Ellen was an excellent student and was actively involved in many activities, notably student council, cheerleading, and volleyball, helping her team progress to the state championship in 1959.  Raised on a farm northeast of Tobias, Ellen loved the outdoors, favoring a pet sheep for years and riding a favorite horse belonging to her uncle. Following graduation, Ellen married fellow classmate, the late Mick Sokolik.  To this union, an only daughter Becky, was born in July 1962.  Moving to Lincoln, Ellen was employed by State Farm Insurance for eight years. Relocating to Fairbury in 1969, Ellen assisted the superintendent of the Fairbury Public Schools for five years.  She then went to work for local attorney, Bob Lammers, for several years.   Thereafter, she and first husband, Mick Sokolik owned the pantry grocery from 1985 to 1990, until their divorce.  Operations at the Jefferson County Highway Department next occupied her time and talents, where she worked for the highway superintendent for 10+ years. Later in life Ellen married local attorney, William J. Panec, on December 17, 2004, assisting him in his practice until the last few years.  These years were very happy and healthy until the ravages of cancer caused severe suffering and ultimately caused her untimely death. For many years, Ellen was tirelessly devoted to caring for her parents, followed by her aunt and uncle (the late Ted and Agnes Schilke).  Committed to caring for the elderly all her life, Ellen served for many years as a board member of the Fairbury Housing Authority, having been a former chairwoman.  Gifted as an artist, Ellen was a former member of the Fairbury Art Guild.   She loved gardening and yard work, landscaping her large yard in Fairbury.  Other interests included traveling to historic sights, reading, music and old movies. She leaves to mourn her passing her husband, William J. Panec, of Fairbury; daughter and son-in-law Don and Becky (Sokolik) Griffin, and grandson Logan, of Elizabeth, CO; niece, Ricki Ostler and family, of Las Vegas, NV; cousin Roger and Judy Rada, of Tobias; cousin Jane (Jezl) and Bob Mulready, of Tobias; cousin, Alan and Gayle Rada, of Scottsdale, AZ; sister-in-law, Angeline Sokolik, of Lincoln, and many friends and former classmates. Services for Ellen will be Friday, November 4, 2011, at 10:30 am. at the St. Joseph's Catholic Church in Tobias, Nebraska. Rosary will be Thursday at 7:00 p.m. from the Farmer & Son Funeral Home - Kotas Chapel in Milligan, Nebraska. Public visitation will begin Thursday at 1:00 p.m. until 7:00 p.m. Thursday. Interment will be in the Tobias City Cemetery.

The family of Ellen M. Panec created this Life Tributes page to make it easy to share your memories.

Send flowers to the Panec family.