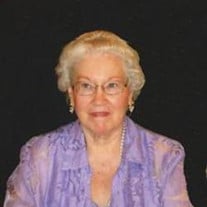 A Funeral Mass for Frances will be held on Saturday, April 5, 2014 at 2:30 p.m. at the the St. Stephen Catholic Church in Exeter. Father Tom Kuffel will be officiating the Mass.  A Rosary will be prayed prior to the Mass at 1:30 p.m. at  St. Stephen Catholic Church.  Burial will follow the Mass in the Bohemian National Cemetery in Milligan, Nebraska.  Visitation for Frances will be on Friday, April 4, 2014 from 1:00 p.m. to 8:00 p.m. at the Farmer Funeral Home in Exeter.  Memorials are directed to the family and will be designated at a later date.  Frances Janet Pracheil was born to Ruben and Avalene (Byrd) Gibson near Mahaska, KS at her Grandparent’s house on February 17, 1932.  She passed away peacefully on April 2, 2014 at Fairview Manor in Fairmont, NE at the age of 82 years, 1 month and 14 days.   She was the oldest of 4 children.  Frances grew up on farms near Reynolds and Gilead NE, attending grade school at District 94 near Gladstone, NE and graduated from Reynolds High School in 1949.  She then worked at the Gilead grocery store and later moved to Fairbury, NE where she lived with her Uncle Lawrence and Aunt Gladys Byrd and worked at Dr. Neville’s dental office. Frances was married to Ernest A Pracheil of Exeter, NE on February 26, 1952 at St. Joseph’s Catholic Church in Gilead, NE.  To this union 3 children were born.  They raised their family and enjoyed life with family and friends on their farm between Exeter and Milligan, NE.     Frances volunteered as a Cub Scout Den Mother and a 4H leader. She was an active member of the Milligan Legion Auxiliary and worked for the Head Start program in Exeter, driving the bus, cooking and cleaning. She was a member of the St. Wenceslaus Catholic Church & Altar Society in Milligan, NE until moving  to Exeter.  She then became a member of the St. Stephen’s Catholic  Church and Altar Society in Exeter, NE.   She also served on the advisory board for the Exeter Senior Center starting in August 2010. In November, 1987, Frances and Ernie retired and moved to Exeter, NE.  They spent many winters in McAllen, Texas enjoying the warm weather and many new friendships. Hobbies that Frances enjoyed were gardening, quilting and oil painting.  She always enjoyed having visits from her family, and playing Bingo and cards with her friends.  When she lived on the farm, Frances always grew a large garden, canned fruit and vegetables and raised chickens.  She had beautiful flower gardens which no chicken dared to go near.  She was a great cook and no one ever left her house hungry. Frances was preceded in death by her husband Ernest Pracheil; her parents Ruben and Avalene Gibson; an infant brother Kenneth Ray Gibson; and her step father James Haney.   She is survived by her children Cathy (Gary) Dick of Geneva, NE; Michael Pracheil of Kinsley, KS; Betty (Rick) Buerer of Kearney, NE; grandchildren and great grandchildren Ryan (Michelle), Walker, Alexia, Logan & Lauren Dick of Hebron, NE; Craig (Alissa), Crosby & Rennon Dick of Humbolt, IA; Suzanne (Adam) Wicklund of Commerce City, CO; Blake Pracheil of Kinsley, KS; Quinn Pracheil of Kinsley, KS; Amber (Nick), Lane, Adrianna, & Parker Alexander of Kearney, NE; Austin, Diego & Sergio Buerer of Kearney, NE; Aric (Megan) Buerer of Kearney, NE; Adam (fiancé Stephanie Coello) & Roman Buerer of Kearney, NE; siblings Robert (Shirley) Gibson of Jansen, NE; Doris (Joseph) Huber of Seward, NE; and many nieces, nephews, cousins and friends.

A Funeral Mass for Frances will be held on Saturday, April 5, 2014 at 2:30 p.m. at the the St. Stephen Catholic Church in Exeter. Father Tom Kuffel will be officiating the Mass.  A Rosary will be prayed prior to the Mass at 1:30 p.m. at  St.... View Obituary & Service Information

The family of Frances J. Pracheil created this Life Tributes page to make it easy to share your memories.

A Funeral Mass for Frances will be held on Saturday, April 5,...

Send flowers to the Pracheil family.