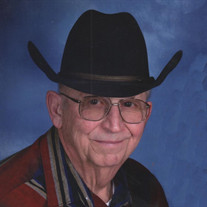 Funeral Service for Frank will be 10:30 am Tuesday, May 5, 2015 at the St. Wenceslaus Catholic Church in Milligan, Nebraska with Father Steve Thomlison officiating. Rosary will be Monday evening at 7 pm at the Farmer & Son Funeral Home - Kotas Chapel. Public Visitation will begin Monday, May 4, from 1 pm until 7 pm. Interment will follow at the Bohemian National Cemetery. Memorials are directed to the family for later designation. Frank W. Kassik Jr. was born to Frank W. Kassik and Emma A. (Suda) Kassik on March 30, 1936 at Milligan, NE and passed away May 1, 2015 at the Fillmore County Hospital in Geneva, NE at the age of 79. He was one of 4 children. Frank attended all 12 years of school at the Milligan Public School and graduated with the class of 1954. He loved playing basketball,and he played in the school band. He went to work at the Kassik Milling Company. In 1957 he married Margaret Krejci at the St. Stephens Catholic Church in Exeter, NE. They made their home in Milligan, To this union 5 children were born, sons, Paul (Jeanie) Kassik, Perry (Judy) Kassik, daughters, Kathy (Tom) Gillmore, Karen (Dean) Filipi and Karla Kassik. 4 Grandchildren Kelly Filipi, Matt (Mindy) Filipi, Hilary Kassik & Tony (Ashley) Kassik. 5 Great Grandchildren Preston & Kinsley Waller, Addison & Gunnar Filipi & Saydee Kassik His greatest joy was playing with the Milligan Czech Brass Band for over 50 years. One of the things he always made time for was to watch his children’s school events especially sporting events and played softball himself for over 20 years. Watching his son-in-laws football games with the highlight being the 2015 basketball tournament. He loved to garden and raise tomatoes which he always enjoyed giving to those in need or those who would just take them. He was a member of St. Wenceslaus Catholic Church in Milligan. Frank was preceded in death by his parents, Frank and Emma A. (Suda) Kassik, brother Don Kassik, & sister Eleanor (Kassik) Matthies. He is survived by wife of 57 years Margaret (Krejci) Kassik, children Kathy (Tom) Gillmore, Paul (Jeanie) Kassik, Karen (Dean) Filipi, Karla Kassik & Perry (Judy) Kassik. brother Bob (Margie) Kassik. sister-in-law Nori Kassik, 4 grandchildren & 5 great-grandchildren, nieces and nephews

Funeral Service for Frank will be 10:30 am Tuesday, May 5, 2015 at the St. Wenceslaus Catholic Church in Milligan, Nebraska with Father Steve Thomlison officiating. Rosary will be Monday evening at 7 pm at the Farmer & Son Funeral Home - Kotas... View Obituary & Service Information

The family of Frank W. Kassik Jr. created this Life Tributes page to make it easy to share your memories.