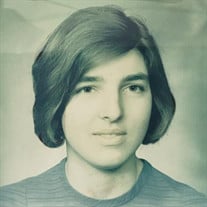 A Funeral Service for Gayle will be held on Thursday, February 17, 2022 at 10:30 a.m. at Farmer Funeral Home in Exeter, Nebraska with Kim Dunker presiding. Visitation will be held on Wednesday, February 16, 2022 from 1:00 p.m. until 8:00 p.m. with family present from 5:00 p.m .until 7:00 p.m. at Farmer Funeral Home in Exeter, Nebraska Graveside Services will be conducted following the funeral service at the Exeter Cemetery in Exeter, Nebraska. Memorials are to be directed to the family to be designated at a later date. Gayle Ann (Hall) Hitchcock was born to Leonard E. and Doris A. (Yonkey) Hall on January 4, 1952 in Geneva, Nebraska and passed away on February 9, 2022 in Lincoln, Nebraska at the age of 70 years, 1 month and 5 days. She was the oldest of seven children in the family. Gayle attended Exeter Public Schools and graduated with the class of 1971. She attended Kearney State College and met her future husband, Tim Hitchcock, there. To this union two daughters were born; Jennifer and Patricia. She truly loved her girls and often told them that Jennifer was her anniversary present, born on June 6th and Patricia was her birthday present, born on January 6th. Gayle was a hard worker and was determined to do a great job at whatever task she was doing. That started on the farm helping take care of the livestock and then later on at her places of work, including Pizza USA and The Stockman’s Club in Fairmont and at Holiday Inn and Grisanti’s Italian Restaurant In Lincoln, where she received much praise and many raises for doing odd jobs and working hard for them. A couple of Gayle’s favorite songs were “Up, Up and Away In My Beautiful Balloon” and “Raindrops Keep Falling On My Head”. She loved playing card games, such as rummy, phase ten, crazy 8’s and/or old maid with the kids. When she was a youngster, you could find her on her roller-skates, skipping rope, playing jacks on the kitchen floor or playing hide and go seek. She loved tv game shows and many different sitcoms including, Petticoat Junction, The Beverly Hillbillies, Green Acres and Bewitched. The series, Lost In Space was one of her all-time favorites. Gayle was preceded in death by her daughter, Jennifer; brother, Wayne Hall; father, Leonard Hall and brother-in-law, Ben Hitchcock. She is survived by her husband, Tim; daughter, Patricia; mother, Doris Hall; sisters, Marian Kahler, Diane (Alan) Dux; sister-in-law, Alice Hall; brothers, Warren (Vicky) Hall, Wade Hall and Wynn Hall; two granddaughters, Jalen Reiman and Josie Ortiz; brother-in-law, Kevin Hitchcock; sister-in-law, Lloydette (Bob) Norval and many aunts, uncles, cousins, nieces and nephews and friends.

The family of Gayle A. Hitchcock created this Life Tributes page to make it easy to share your memories.

A Funeral Service for Gayle will be held on Thursday, February...

Send flowers to the Hitchcock family.