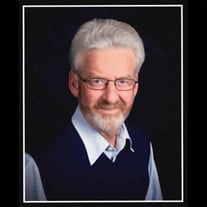 Gregory Lynn Rehm was born to Arthur & Darlene (Parde) Rehm on July 21, 1951 at Crete, Nebraska, and passed away October 26, 2020, at Bryan West Medical Center in Lincoln, Nebraska at the age of 69 years, 3 months, and 5 days. He was one of two children in the family. Greg grew up in DeWitt and graduated from Tri County High School with the class of 1969. He attended the University of Nebraska in Lincoln and graduated with a degree in music education. His first teaching job was at Hillside Elementary School, in Omaha, teaching music. He then returned to Tri County High School and taught vocal music. Greg was married to Marilyn Merlo of Oshkosh, Nebraska on August 18, 1979, and to them two children were born: Anna & Chelsey. The opportunity came up to purchase the grocery store in DeWitt and Greg and Marilyn gave up teaching to operate Sam’s Market. The grocery store in Fairmont then came up for sale in 1989, and Greg & Marilyn purchased that store and the family moved there to operate the store. In 1996, they sold the store and Greg took a position as a marketing sales specialist with Carlson Marketing. He finished out his working career with Spartannash as a private brands sales specialist. With his experience in the grocery business, Greg was a natural and he formed many lasting relationships in this role with his customers. Greg was baptized at the Zion Lutheran Church at Clatonia, Nebraska. He received his confirmation at Trinity Lutheran Church in DeWitt, Nebraska. Greg joined the Catholic faith at St. Wenceslaus Catholic Church in Wilber, Nebraska to continue to worship with his family. Greg explained that joining the Catholic faith was a compromise with Marilyn if she’d become a Democrat. After moving to Fairmont, Nebraska, the family joined St. Stephen Catholic Church in Exeter where Greg played the piano and sang for many years. He loved using his musical talent for the church, and Marilyn loved to hear him sing in church as her father did. Family was most important to Greg. He cherished his time with his wife, children, and grandchildren. He also enjoyed keeping a well manicured lawn, and he loved a good cup of coffee. Greg will be remembered through music and laughter. He enjoyed telling jokes and seeing people smile. He loved to play, sing, teach, and share music with others: from classical, religious, jazz & blues to rock n’ roll. He was a kind and generous person with an ornery side. Greg was always willing to forgive. And to Greg, forgiveness meant not bringing it up again. Greg also enjoyed his golfing buddies and loved a good golf match. Greg took the game of golf serious and you knew right where you stood with Greg on the golf course. He always greeted new people at the course by saying, “my name’s Greg Rehm, but my friends call me Sam.” He could bring a certain levity to the game. For many years Greg served as the GHIN handicap coordinator at Hidden Hills Country Club, collecting GHIN dues and entering scores on the GHIN website. One of the defining moments of Greg’s golf career was his hole-in-one. Greg was also a proponent of Alcoholics Anonymous and was in his 28th year of recovery. He was willing to help sponsor AA participants or find a good fit for someone working through the steps. Greg was preceded in death by his daughter, Anna Rehm; father, Arthur Rehm; nephew Tony Shield; and parents-in-law Dominic & Anna (Ardissono) Merlo. He is survived by his wife, Marilyn; daughter Chelsey Tyburski, husband Luke, and granddaughters Aidan and Abigail; mother, Darlene Rehm; brother Rodney Rehm and wife Vineta; sisters-in-law, Judy Schlobohm and husband Michael and Lois Keas and husband Galen; brother-in-law Donald Merlo and wife Ann; and many nieces, nephews, cousins and friends. A Memorial Mass for Greg was held on Monday, November 2, 2020 at St. Stephen Catholic Church in Exeter, Nebraska. Father Brendan Kelly officiated the Mass. Nancy Jo Galusha accompanied the congregation in the singing of “Let There Be Peace On Earth.” She also accompanied Mariah Ruhl in the singing “The Gifts.” The recorded selections “Agnus Dei” and “Europa” were played as the processional and recessional music. Honorary pallbearers were Rodney Rehm, Luke Tyburski, Jon Rehm, Donald Merlo, John Glassburner, Scott Smith, Mitch Lahm, Jared Kerkman, Ben Halkyard, and Nate Johnson. Inurnment will be held in the Fairmont Cemetery at a later date. Farmer & Son Funeral Home was in care of the arrangements and online condolences can be left at www.farmerandsonfuneralhome.com In lieu of memorials and flowers, the family asks that you share a memory about Greg on the Farmer & Son Funeral Home website or with the family.

Gregory Lynn Rehm was born to Arthur & Darlene (Parde) Rehm on July 21, 1951 at Crete, Nebraska, and passed away October 26, 2020, at Bryan West Medical Center in Lincoln, Nebraska at the age of 69 years, 3 months, and 5 days. He was one of... View Obituary & Service Information

The family of Gregory L. "Greg" Rehm created this Life Tributes page to make it easy to share your memories.

Send flowers to the Rehm family.