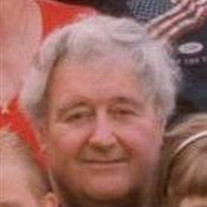 Henry Ramsdell Bigelow, of Milligan, Nebraska, passed away on October 26, 2012 at the Beatrice Community Hospital. He was 78 years old. He was born on July 23, 1934 in Bourne, Massachusetts to Victor Bigelow and Bernice Ramsdell Bigelow. He was baptized in the Baptist Church in Quincy, Massachusetts. After graduating from Dover High School in New Hampshire, he attended the University of New Hampshire, graduating with a degree in Nuclear Engineering. He served in the United States Air Force from 1952 – 1956. While stationed in Lincoln, he met the love of his life, as well as the wind beneath his wings, Roma Buzek. He whisked her away to New Hampshire where he introduced her to his loving family, and of course, his love for seafood. Together, they wed and had four children: Julie, Laura, Beth, and Mark. He moved the family west in 1969 to the beautiful Napa Valley where they built a new home on the Napa River, equipped with a dock in the back yard where he proudly displayed his love of boating with a 31 foot Silverton dubbed “The Prowler.” He enjoyed fishing, good friends, and he often stated, “Life was a party in those days.” Henry was a highly intelligent man. He often spent many nights after supper quizzing his children on spelling, math, science, and miscellaneous other topics, with the winners of the quizzes receiving ice cream at Foster Freeze. Henry retired in 1989, and he and Roma moved to Florida where they bought a dream home and their dream boat, which they named “Abracadabra.” They spent their time with good friends at the Hernando Beach Yacht Club, where Henry was very active, holding many Commanding Offices. Henry also had a great love of woodworking, where he made all of his family many beautiful cherished heirlooms and was tenacious about completing these projects. They came home to Milligan in 2005, to spend the remaining years of his life with his children, grandchildren, and great grandchildren. He enjoyed again the quiz games, as well as various sporting and other activities his family participated in. Henry was preceded in death by his parents Victor & Bernice, and adored sister Joyce Kemp. He is survived by his wife Roma; daughters and son-in-law Julie Pimentel, Laura & Dean Kassik, Beth Dunlap; son and daughter-in-law Mark & Becky Bigelow; 14 grandchildren, 10 great-great grandchildren; brothers-in-law and sisters-in-law Merle & Betty Buzek and Kathy & Dick Rischling; and a host of nieces, nephews and cousins. Funeral services for Hank were held on Tuesday, October 30, 2012 at 10:00 a.m. at the Farmer & Son Funeral Home-Kotas Chapel in Milligan. Kim Dunker officiated the service. The recorded selections “Danny Boy,” “I’ll Walk With God,” “How Great Thou Art,” “The Greatest Man I Never Knew,” and “In The Mood” were played during the service. Pallbearers for the service included Jan Rischling, Marlon Buzek, Dean Kassik, Dean Kassik, Jr., Brian Dunlap, Nathan Bigelow, and Mike Kassik. Interment with Military Honor by the HSSK Post 240 was held in the Bohemian National Cemetery. Farmer & Son Funeral Home was in charge of arrangements. Memorials are directed to the family.

Henry Ramsdell Bigelow, of Milligan, Nebraska, passed away on October 26, 2012 at the Beatrice Community Hospital. He was 78 years old. He was born on July 23, 1934 in Bourne, Massachusetts to Victor Bigelow and Bernice Ramsdell Bigelow.... View Obituary & Service Information

The family of Henry R. Bigelow created this Life Tributes page to make it easy to share your memories.

Henry Ramsdell Bigelow, of Milligan, Nebraska, passed away on...

Send flowers to the Bigelow family.