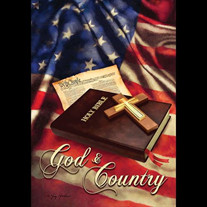 Irene Gladys (Gardine) Johnsen was born October 17, 1948 in Holdrege, Nebraska and went home to be with the Lord on January 22, 2018 in Exeter, Nebraska. Irene was the 4th of 8 children born to Earl & Viola (Johnson) Gardine. She grew up on the family farm North of Loomis, Nebraska. She graduated from Loomis High School in 1967 and worked at many jobs in that area including Brewster Hospital, Methodist Memorial Homes, Bertrand Nursing Home, Holdrege Dairy Queen, and Speedway Transportation. She married Harvey Dan Johnsen on December 21, 1991 and they made their home in his hometown of Exeter, Nebraska. She worked at Warren Memorial Hospital and Friend Manor before taking a job at Murphy Plumbing & Heating, Inc. in Exeter. She worked there until health reasons forced her to retire. Irene accepted Jesus as her Lord & Savior in 1980 and was baptized as a member of the North Park Assembly of God in Holdrege, Nebraska. She loved sharing her faith and started a Bible Study and Vacation Bible School in her home in Exeter. She loved to read and write articles and poems and had some published. She was passionate about Jesus, her family, and America. Spending time in those three areas gave her the greatest joy. Irene was preceded in death by her parents; brother Rodnee; sisters ViAnne Gardine, Beverly Herbert, and Clara Gardine. She is survived by her husband Harvey Danny Johnsen of Exeter, Nebraska; daughter Anna Wassom and husband Jim of Alexandria, Nebraska; grandchildren Colleen and Rodney Wassom of Alexandria, Nebraska and Billie Wassom of York, Nebraska; sisters Janice Samuelson and Ken Nunnenkamp of Sutton, Nebraska, Teri Paulsen and husband Jeff of Plano, Texas, Deana Gardine of Kearney, Nebraska; sister-in-law Kathy Caldwell and husband Neal of Lincoln, NE; brother-in-law George Erdkamp and wife Kathy of Exeter, Nebraska; sister-in-law Paula Lovegrove and husband Jim of Geneva, Nebraska; and many nieces, nephews and other relatives and friends. A Memorial Service for Irene was held on Friday, January 26, 2018 at 2:00 p.m. at the Hebron Bible Church in Hebron, Nebraska. Pastors Jeff Friesen & Vicki Klemm officiated the service. Deb Craig accompanied Roberta Christensen in the singing of “Victory In Jesus” and “Because He Lives.” The recorded selections “I’ll Leave Something Good Behind” and “I’ll See You In The Rapture” were also played during the service. Farmer Funeral Home of Exeter conducted the services and online condolences can be left at www.farmerandsonfuneralhome.com. Memorials are suggested to the family for future designation.

Irene Gladys (Gardine) Johnsen was born October 17, 1948 in Holdrege, Nebraska and went home to be with the Lord on January 22, 2018 in Exeter, Nebraska. Irene was the 4th of 8 children born to Earl & Viola (Johnson) Gardine. She grew up... View Obituary & Service Information

The family of Irene Johnsen created this Life Tributes page to make it easy to share your memories.

Send flowers to the Johnsen family.