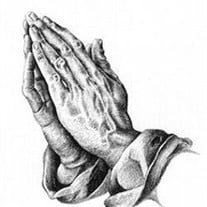 Funeral services will be held on Saturday, February 1, 2014 at 10:00 a.m. at the Zion Lutheran Church in Sutton. Pastor Del Klover will officiate the service. Military graveside services will be held following the funeral service at the Grafton Public Cemetery. There will be viewing at the church only on Saturday morning. Memorials are directed to the ASPCA or to the family. Jackie Gene Kness was born to Walter Fredrick Kness and Elsie Lillian (Eichstedt) Kness on August 22, 1926, at Grafton, Nebraska, and passed away January 28, 2014, at Bryan West Hospital in Lincoln, Nebraska, at the age of 87 years, 5 months, and 6 days. He was one of two children in the family. Jack attended grade school in Grafton. He moved with his family to Chadwick, Illinois, in 1940 and graduated from Chadwick High School in 1943. He returned to the Grafton community in 1948 to farm. He was inducted into the Army on January 17, 1951, and served in the Korean War until honorably discharged on November 7, 1952. Jack was married to Fern Lavern Braun of Carleton, Nebraska, on March 13, 1953, and to them four children were born. They celebrated their 60th wedding anniversary in 2013. Jack attended church in Fairmont, Geneva and Sutton. He was a member of the Evangelical Lutheran Church of America. He loved farming and being outdoors. He also greatly enjoyed watching his son Ryan play basketball in high school and college. He was a loving husband, father and grandfather. He was greatly loved by his family and will be sadly missed. He was preceded in death by his parents; Walter and Elsie Kness, father and mother-in-law, John and Augusta Braun; sister-in-law and brother-in-law Eldene and Val Dean Swanson; sister-in-law, Valora Tinkham and brother-in-law Stewart Braun. He is survived by his wife Fern of York; sons, Jeffrey Kness of Grafton and Ryan and Heather (Simonds) Kness of Friend; daughters, Debra Kness of Grafton and Sheree and James Fischer of Grafton; brother, Richard Kness of Beaver City; grandchildren, Amanda Fischer of Grafton and Cameron, Tanner, and Brandt Kness of Friend; brother-in-law, Ronny Tinkham of Hebron; and by nieces and nephews.

The family of Jack G. Kness created this Life Tributes page to make it easy to share your memories.

Send flowers to the Kness family.