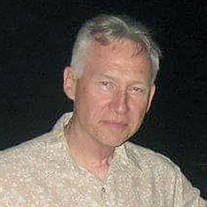 James Alan Rose, 66, of Geneva, passed away after a battle with an aggressive cancer at Fillmore County Hospital in Geneva on Thursday, June 4. Jim was born on January 4, 1954 in Red Cloud, Nebraska to Harm and Elnora (Krueger) Rose of Blue Hill, Nebraska. He graduated from Blue Hill High School in 1972, and furthered his education earning degrees at Hastings College, Kearney State College and the University of Nebraska – Lincoln completing his education with a Specialist Degree. On May 6, 1978, Jim married Pamela Parks at Trinity Lutheran Church in Blue Hill, and three children were born to their union. Jim was a career-long Nebraska educator, having taught and coached high school boys basketball, among other activities, at Campbell High School from 1979-1983 and at Nemaha Valley High School in Cook from 1983-1988, serving as athletic director and high school boys basketball coach at Holdrege High School from 1988-1995 and as high school principal at Geneva/Fillmore Central High School, as well as boys basketball coach for a few years, from 1995-2018. Even after he retired, he still remained involved with education, working for Peru State and the University of Nebraska at Kearney observing student and transitional teachers. He also helped coach junior high boy’s basketball at Fillmore Central. Jim’s love of his family, which in a special way extended to his basketball players and former students, and of his community was very apparent to many who met him. Jim was an active member of the Lion’s Club in Geneva and of Zion Lutheran Church in Shickley. He enjoyed working on his acreage with his wife and family in rural Geneva, tending to his small herd of cows, spending time with his family, especially his grandkids, and friends, strengthening his faith with the Lord and visiting Wyoming, including Yellowstone, and the mountains when he could get a chance to get away for a few days. Watching his grandkids grow up and helping be there for them was one of his favorite things that Jim loved to do. Jim was preceded in death by his parents, Harm & Elnora Rose, and father-in-law, Erroll Parks. He is survived by his wife, Pamela, of Geneva; daughter, Cassandra, and son-in-law, Darren Ivy, of rural Firth; daughter, Lindsey, and son-in-law, Zach Messman, of Bruning; son, Daniel, and daughter-in-law, Heather, of rural Firth; eight beloved grandchildren, Josephine, Brooklyn and Aubrey Ivy of rural Firth, Grayson, Ryann and Easton Messman of Bruning, and Hayden and Landon Rose of rural Firth; sister and brother-in-law, Jolene and Richard Koepke of Hastings; mother-in-law, Neva Parks of Campbell; sisters-in-law, Sharon and husband Chuck Brunke of Martell and Diann and husband Tim Davis of Lincoln; brother-in-law, Brad Parks of Campbell; as well as numerous other extended family members. A private family Memorial Service was held on Wednesday, June 10, 2020 at 10:00 a.m. at Prince Of Peace Lutheran Church in Geneva. Pastor James Moll was the officiant. Stanley Johnson was the organist and he accompanied the congregation in the singing of “Amazing Grace.” Special music “10000 Reasons (Bless The Lord)” was also played during the service. Honorary pallbearers for the service included Jim Hild, Mike Moss, Doug Oxley, Brandon Palmer, Spencer Lauber, Adam Hoarty, and Garrett Whitley. Following the Memorial Service, a procession was led past Jim & Pam’s acreage and then past the Fillmore Central High School before arriving at the Geneva Public Cemetery for a public Graveside Service. Farmer & Son Funeral Home was in care of the arrangements and condolences may be sent through Farmer & Son Funeral Home at www.farmerandsonfuneralhome.com. In lieu of flowers, memorials may be given in his memory to Fillmore County Hospital Foundation or to Fillmore Central High School to be used for Art & Athletic Programs.

James Alan Rose, 66, of Geneva, passed away after a battle with an aggressive cancer at Fillmore County Hospital in Geneva on Thursday, June 4. Jim was born on January 4, 1954 in Red Cloud, Nebraska to Harm and Elnora (Krueger) Rose of Blue... View Obituary & Service Information

The family of James A. "Jim" Rose created this Life Tributes page to make it easy to share your memories.

James Alan Rose, 66, of Geneva, passed away after a battle with...

Send flowers to the Rose family.