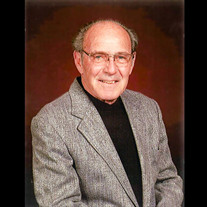 A Private family committal of ashes will take place on Friday, August 5, 2016 at the Geneva Public Cemetery. Pastor Michelle Gowin will officiate the service. Memorials in lieu of flowers are directed to the Geneva United Methodist Church. Jim Shaw was born on January 26, 1939, to LeGrande Clarence Shaw and Mary Iras (McEachran) Shaw in Riceville, Iowa. He passed away on July 27, 2016, in Loveland, Colo. Jim graduated from Geneva High School in 1957 and enlisted in the United States Marine Corps, earning the rank of Corporal. He was stationed in Twentynine Palms, California, and Okinawa. After proudly serving his country, Jim returned to the states and married his high school sweetheart, Suzanne K. Weiss, on June 17, 1962. They celebrated 54 years of marriage this past year. Jim and Sue had three children—Mike, Marty, and Mary. The Shaws were known to move frequently as Jim was a handy man and a “Jack of all trades.” From high school to retirement, Jim worked in auto repair, heating and plumbing, RV service and repair, and farming; and he was a gas station attendant, a truck driver, a motel assistant, a veterinary tech, an insurance investigator, a banker, and a small-business owner. Whether during employment or retirement years, Jim and Sue lived in three states—Nebraska, Arizona, and Colorado. One didn’t need to question Jim’s likes and dislikes; Jim was an open book. He loved coffee. Folger’s coffee. Black. He also loved rare steak. And eggs sunny side up with hash browns. What Jim didn’t like was sweets, particularly cake and chocolate. Jim had a sarcastic, dry sense of humor, and he shared a joke or two or three whether you wanted to hear them or not. Jim was proud of many things. First, his family and friends. He received a great deal of joy, especially, from spending time with his three granddaughters—Bridget, Natalie, and Rachel Hyde—and Ty Schelkopf. Second, veterinary medicine. He was very proud of working with his father and his grandfather in their veterinarian practices. Third, his Scottish heritage. Fourth, being a Marine. “Once a Marine, always a Marine,” Jim said on numerous occasions. Jim is survived by his wife, Sue; his son, Mike (and significant other, Lana Jurgens) of Lincoln, Nebr.; his daughter, Marty Hyde (and son-in-law, Johnny) of Berthoud, Colo.; and his three granddaughters—Bridget, Natalie, and Rachel Hyde of Berthoud, Colo. Jim is preceded in death by his parents, his three brothers—Dick, Chuck, and John—and his youngest daughter, Mary.

A Private family committal of ashes will take place on Friday, August 5, 2016 at the Geneva Public Cemetery. Pastor Michelle Gowin will officiate the service. Memorials in lieu of flowers are directed to the Geneva United Methodist Church.... View Obituary & Service Information

The family of James M. Shaw created this Life Tributes page to make it easy to share your memories.

A Private family committal of ashes will take place on Friday,...

Send flowers to the Shaw family.