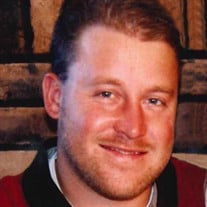 A Mass of Christian Burial will be held for Jim on Monday, September 21, 2020 at 10:00 a.m. at St. Stephen Catholic Church in Exeter, Nebraska with Fr. Brendan Kelly & Fr. Kenneth Borowiak presiding. Praying of the Rosary will be held on Sunday, September 20, 2020 at 7:00 p.m. at St. Stephen Catholic Church in Exeter, Nebraska. Visitation will be held on Sunday, September 20, 2020 from 1:00 p.m. until 5:00 p.m. with family present from 1:00 p.m. until 3:00 p.m. at Farmer & Son Funeral Home - Kotas Chapel in Milligan, Nebraska. Graveside Services will be conducted at the Bohemian National Cemetery in Milligan, Nebraska following the Funeral Mass. In Lieu of Flowers - Memorials are to be directed to the family to be designated at a later date. A Livestream Video of the Funeral Mass will begin at 10:00 a.m. To view the Livestream Video you can go to Farmer & Son Funeral Home's Facebook Page or in your search engine type @friendlyfuneraldirectors and click the link to Farmer & Son Funeral Home's Facebook Page. You do not have to have Facebook to view the Livestream Video. St. Stephen Catholic Church will also have a Livestream Video as another avenue for folks who are unable to attend the Funeral Mass for Jim. You can copy and paste this link in your web browser and type in the Meeting ID and Passcode to view the livestream. To Join Zoom Meeting https://us02web.zoom.us/j/637208501?pwd=cXB5NkRZL2g0M2NOdGpnbVNaYnM5QT09 Meeting ID: 637 208 501 Passcode: 022071 Due to the COVID-19 Directed Health Measure Phase IV, we are limited to 75% occupancy for the Funeral Service and we will be practicing social distancing as indicated by the measure. Per the family's request, masks are encouraged to be worn at the Funeral Service. ***************** James Robert Zeleny, a Fillmore County father and farmer, died on Wednesday, Sept. 16, 2020. He was born at Warren Memorial Hospital in Friend on Oct. 12, 1968 to Robert and Diane (Yeck) Zeleny. He graduated from Exeter High School in 1987, where he was a letter winner in football, basketball and track. He attended the University of Nebraska-Lincoln and graduated with an agricultural business degree from Southeast Community College in Beatrice. After college, Jim worked at Fleischer Manufacturing in Columbus. He traveled across Nebraska, the Midwest and South, setting up trade shows for Buffalo farm equipment. He later returned home to work on the family farm near Burress, raising hogs and cattle, corn and soybeans. He loved the freedom of the farm and learning from the best, his father. He married Liz Allen in 1994 at St. Stephen’s Catholic Church in Exeter. Their three children, Logan, Sam and Max, were a source of great pride and joy. A shared passion was sports, from countless hours of weekend basketball practice to softball tournaments to watching Nebraska or NFL games together. From an early age, all three children inherited their father’s love of the game. While only Sam may have shared Jim’s admiration for the Dallas Cowboys, Logan and Max also enjoyed every sport with him, whether playing together, being coached by him or cheered on from the sidelines. They loved traveling to games of all kinds, including a memorable trip to Lambeau Field to watch the Packers and Cowboys. Jim’s smile and warm personality lit up any room, as he shared his kindness, generosity and friendship with people from many walks of life. To Jim, or “Z-Bart” as he was known in the early years, few people were strangers, only new friends yet to meet. For years, he was a dedicated member of his community, serving on the Exeter-Milligan Board of Education, as a member of Sons of the Legion in Milligan and the Young Farmers Organization of Fillmore County. His life was complicated, and ultimately cut short, by a long struggle with alcoholism. In his final days at Bryan West Hospital in Lincoln, he was surrounded with love by his children, his mother, his Godmother, his brothers and Liz, as well as unwavering support from legions of lifelong friends. *** James was preceded in death by his father, Robert, along with his grandparents, Mike and Frances Zeleny and Frank and Libbie Yeck, as well as many aunts and uncles. He is survived by Liz and their beloved children, Logan, Sam and Max; mother, Diane; brother and sister-in-law Mike and Amy; brother Jeff; nieces, Claire, Katherine, Lauren; and nephew, John. Survivors also include, devoted aunt and Godmother, Judith Yeck; uncle, Bernard Zeleny along with many cousins.

A Mass of Christian Burial will be held for Jim on Monday, September 21, 2020 at 10:00 a.m. at St. Stephen Catholic Church in Exeter, Nebraska with Fr. Brendan Kelly & Fr. Kenneth Borowiak presiding. Praying of the Rosary will be held on Sunday,... View Obituary & Service Information

The family of James R. Zeleny created this Life Tributes page to make it easy to share your memories.

A Mass of Christian Burial will be held for Jim on Monday, September...

Send flowers to the Zeleny family.