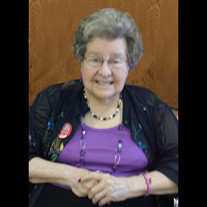 A funeral service for Jeanne will be held on Saturday, February 20, 2016 at 10:30 a.m. at the United Methodist Church in Bruning, Nebraska. Pastor Mike Anderson will officiate the service. A graveside service will be held in the Bruning Public Cemetery following the funeral service. Visitation will be held on Friday, February 19, 2016 from 2:00 p.m .to 8:00 p.m. with family greeting friends from 4:00 p.m. to 6:00 p.m. at Farmer & Son Funeral Home in Geneva. Memorials are directed to the United Methodist Church in Bruning. Jeanne Eleanor (Michels) Kerwood was born to Walter George Michels and Dorothy (Zweifel) Michels on April 17, 1935 at Fairbury, Nebraska. She passed away on February 16, 2016 at Saunders Long Term Care in Wahoo, Nebraska at the age of 80 years, 9 months, and 30 days. She was one of two children born in the family. Jeanne was raised on a farm between Hebron and Alexandria. She graduated from Alexandria in 1952. Upon returning from Korea, Jeanne married Kenneth Kerwood. Jeanne taught Country School in District #36 west of Alexandria. Later, she worked at G. Joes Grocery in Alexandria. Kenneth and Jeanne’s dream was to own a farm. That dream came true when their opportunity arose to purchase the farmstead they were living on. After living in a small 3 room house with no running water or indoor plumbing, Kenneth and Jeanne decided to move into a bigger home to hold more children as the family grew. Being a farm wife was not always easy for Jeanne. She supplemented the farm income by selling eggs to local customers. During the farm crisis in the 1980’s, Jeanne decided to return to school where she later became a licensed practical nurse at the age of 50. Her later years kept her busy with grandchildren and great grandchildren who would come to visit them on the farm. Due to failing health, Kenneth and Jeanne decided to move into Bruning, where they resided for several years. After living at Blue Valley Lutheran home following a stroke, Jeanne was moved to Wahoo at Saunders Long Term Care to be closer to her loving daughters, Denise and Vicki. Jeanne was preceded in death by her parents Walter and Dorothy (Michels) of Alexandria. She is survived by her husband Kenneth of Bruning, Nebraska; son Michel Kerwood and wife Waunda of Wamego, Kansas and their children Melissa and Wade Nauman and Michel Kerwood; daughters Denise Robeson of Brainard, Nebraska and her children Seth and Skyler Robeson, Vicki Lyons and husband Randy of Omaha, Nebraska and their children Evan, Taylor, and Logan Lyons, Kimberly Frahm and husband Sherman of Westcliffe, Colorado and their children Tia, Haley, and Megan Frahm; and also by great grandchildren Anthony Nauman, Alyssa Kerwood, Ashton Kerwood, Dalton Nauman, Ava Kerwood, and Colleene Nauman.

A funeral service for Jeanne will be held on Saturday, February 20, 2016 at 10:30 a.m. at the United Methodist Church in Bruning, Nebraska. Pastor Mike Anderson will officiate the service. A graveside service will be held in the Bruning Public... View Obituary & Service Information

The family of Jeanne E. Kerwood created this Life Tributes page to make it easy to share your memories.

A funeral service for Jeanne will be held on Saturday, February...

Send flowers to the Kerwood family.