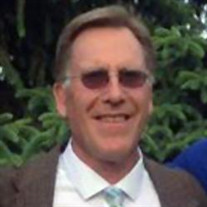 Funeral services for Jeff will be held on Saturday, January 9, 2016 at 11:00 AM at the United Methodist Church in Shickley, NE with Pastor Scharleen Cross and Pastor John Abbott officiating. Visitation will be held on Friday, January 8, 2016 at Farmer & Son Funeral Home in Geneva, NE from 2:00 PM until 8:00 PM. Graveside services will be conducted in the Shickley Public Cemetery. In Lieu of Flowers the memorials are to be directed to the family for a later designation. Jeffrey James Grote was born to Gerald Grote and Janet (Becker) Grote on July 13, 1960 in Hebron, NE, and passed away January 6, 2016, with his family at home in Martell at the age of 55 years and 6 months. He was one of three children. Jeff grew up in Shickley, graduating from Shickley High School in 1978. He received a degree in Construction Science from Southeast Community College-Milford in 1980. With thoughts of being a dentist, Jeff attended the University of Nebraska-Lincoln, but after graduating in 1985 he decided to return to the construction industry. He worked for a few years in Lincoln with some friends from Shickley before joining Sampson Construction in 1987. Jeff spent his entire career at Sampson, rising from laborer to Site Superintendent. He was proud to work for a company that treated him like family and trusted him to lead notable projects like the UNL West Stadium expansion, Lincoln Southwest High School and several other significant UNL projects. He also enjoyed building a new hospital in Geneva a few years ago, as it allowed him to spend time with old Fillmore County friends and his dad and brother’s family in Shickley. On November 25, 1987, Jeff married Janice Taft, and together they had three children – Micah, Marc, and Stephanie. After living in Lincoln and Kramer for a few years, in 1990 Jeff built their family home on an acreage near Martell. He built the home with his own hands and the help of a few friends and family. Jeff took great pride in their homestead, spending countless hours maintaining an immaculate yard and planting hundreds of trees. Jeff adored his children and spent a great deal of time with them. While the kids were little he made it to every sporting event or musical concert or church activity. As they grew older time outdoors became a favorite pastime for the whole family – hunting, fishing, boating and camping together provided many treasured memories. A 2001 family trip to Oregon was one of many vacations that was a highlight. Jeff also cherished time with his brothers, nieces and nephews and in-laws, taking extra special care of Janice’s mother in Missouri. To say Jeff enjoyed spending time outdoors is an understatement. He spent many hours hunting pheasants in the fields around Shickley with his sons and best friend Terry. During the summers, every free moment found Jeff fishing. Whether it be on farm ponds around Shickley or Lake McConnaughy or Milford Lake in Kansas, Jeff found great peace being on the water. One of his most treasured moments was a fishing trip to Canada a few years ago – he talked about that experience on many occasions. In addition to family time and being outdoors, Jeff loved sports. In his younger days he played baseball and then fastpitch softball with Shickley and Lincoln Softball Club. He was a huge fan of the KC Royals and the Huskers, taking in many games with family and friends. I n May of 2014, Jeff was diagnosed with Stage 4 liver and colon cancer. He didn’t need to cram in a bunch of life experiences or time with family, as he had already done that along the way. He probably enjoyed those last few family gatherings and fishing outings just a little more, but otherwise he bravely fought the disease while continuing to work and care for his family with a positive outlook. Jeff was a big guy with a big smile and a big heart. He was a devoted husband of 28 years and loving father to his cherished children, terrific brother, trusted friend, and loyal and valued employee. He is preceded in death by his parents, Gerald and Janet Grote, and infant nephews Brandon Grote and Dillon Grote. He is survived by his wife Janice and daughter Stephanie, of Martell; son Micah of Lincoln; son Marc, of Kearney; brother Bill and sister-in-law Melissa, niece Megan, nephews Jackson and Tyler, all of Shickley; brother Gary and sister-in-law Shelly; nieces Mallory and Jenna, all of Omaha.

Funeral services for Jeff will be held on Saturday, January 9, 2016 at 11:00 AM at the United Methodist Church in Shickley, NE with Pastor Scharleen Cross and Pastor John Abbott officiating. Visitation will be held on Friday, January 8, 2016... View Obituary & Service Information

The family of Jeff J. Grote created this Life Tributes page to make it easy to share your memories.

Funeral services for Jeff will be held on Saturday, January 9,...