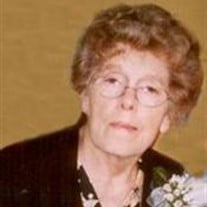 Funeral Services for JoAnn Wiese will be held on Monday, September 17, 2012 at 10:30 a.m. at the Farmer & Son Funeral Home-Kotas Chapel in Milligan, NE. Visitation will be from 1:00 p.m. to 8:00 p.m. on Sunday at the funeral home in Milligan.... View Obituary & Service Information

The family of JoAnn Wiese created this Life Tributes page to make it easy to share your memories.

Funeral Services for JoAnn Wiese will be held on Monday, September...

Send flowers to the Wiese family.