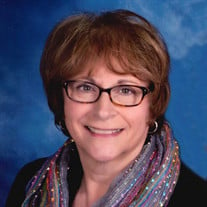 A Private Family Mass of Christian Burial was held on Tuesday, December 1, 2020 at 10:30 a.m. at St. Wenceslaus Catholic Church in Milligan, Nebraska with Father Brendan Kelly & Father Kenneth Borowiak presiding. Private Family Praying of the Rosary was held Tuesday, December 1, 2020 at 10:00 a.m. at St Wenceslaus Catholic Church in Milligan, Nebraska. Organist, Judy Rada, accompanied Vocalist, Karen Filipi, performing “Here I Am Lord”, “Be Not Afraid” and “Lord When You Came To The Seashore”. Judy Rada played one instrumental song, “On Eagle’s Wings”. Casket Bearers included Hayden Havel, Greg Michl, Keith Kreshel, Dallas Kime, Tyler Bartels and Ray Capek. Honorary Casket Bearers were Zoey Havel, Chloe Havel, Kora Havel, Laney Havel and Mack Havel. Public Graveside Services were conducted at the Bohemian National Cemetery in Milligan, Nebraska following the funeral mass. Memorials were directed to the family to be designated at a later date. Farmer & Son Funeral Home was in charge of funeral arrangements. Joann Mary Cecilia (Suda) Havel was born on February 9, 1951 to Helen and Anton Suda, and grew up on the family farm between Tobias and Milligan, Nebraska. She received her education in the Milligan Public School system, graduating in 1969. Joann received an Associate's Business Degree from the Lincoln School of Commerce and worked at the University of Nebraska, Department of Forestry. On January 5, 1974 she married Sherman Ray Havel and they were blessed with four wonderful sons. Joann was not only a busy full-time mom, but also operated an in-home day care for several years. As the boys grew older Joann became more involved in the family farm operation. The harvest season was one of her favorite times on the farm as she enjoyed driving the grain truck so that Sherm could continue combining. As a farming partner Joann was also the chief bookkeeper for the farm operation. Joann also worked at the Weaver Pharmacy in Geneva as a Pharmacy Tech for 15 years. Joann was a member of the St. Wenceslaus Catholic Church for her entire life. She taught religion class for over 20 years and was a member of the Altar Society. The Easter Season was special to her, as it was her task to make sure all the lilies were perfectly placed for the Easter Services. Her faith was very important to her and in the teaching of faith to her children. She was told by her children the greatest gift she gave them was their "faith". Also, her love for her six grand children was so very special and everlasting. Family, Faith and Friends were her top priorities. Joann continued touching many, many lives in her final days because of her unending smile, kindness, gentleness and generosity to all around her. Joann was preceded in death by her parents Anton and Helen. Joann will be dearly missed by her family; husband Sherman, four sons Paul (Amy, children Zoey, Hayden, Chloe), Dean, Jeff and Steve (Ashley, children Kora, Laney, Mack). Sisters Bonnie and Betty and brother James and families, along with many extended family and friends. Joann began each day with her favorite bible verse: "Begin Each Day With A Grateful Heart!"

The family of Joann M. Havel created this Life Tributes page to make it easy to share your memories.

A Private Family Mass of Christian Burial was held on Tuesday,...

Send flowers to the Havel family.