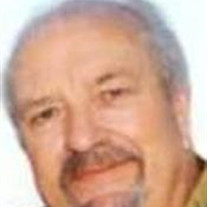 Services for Joe were held Wednesday, October 3, 2012 at 10:30 a.m. at the United Methodist Church in Geneva. Memorials are directed to the Joe Dailey Scholarship Fund for Music. Private family inurnment will be at a later date. Robert Joseph “Joe” Dailey, age 67 of Geneva, NE passed away at his home Saturday September 29th, 2012. Joe was born on July 23rd 1945 in Geneva to Claire and Barbara Casburn Dailey. He graduated from Geneva High School in 1963. He attended Fairbury Junior College for a year and then enlisted in the Army National Guard where he served for six years. He worked for the Nebraska Department of Roads for several years and then in August of 1979 went to work for Wynne Transport. He retired last year after 33 years with the company. Joe was a Husband, Father, Grandfather and Friend. He was truly one of a kind. Family and friends were so important to Joe and he cherished those relationships above all else. The friends in his life he considered his extended family; he never met a stranger and knew people from all walks of life. Joe was often referred to as Mr. Geneva or Deputy Dailey, diligently keeping watch over his hometown by cruising or from his office desk. His great passion in life was music. It began with the trumpet in high school and grew to thirty years of entertaining hundreds of music and dance fans through out the area. He loved his home and especially the patio where he listened to countless hours of music often sharing it with the entire neighborhood regardless of the time of day. Joe enlisted others to crank up the volume to Diane’s dismay. Attending a variety of concerts were among his favorite pastimes. Other interests included hunting, trap shooting, boating, camping and attending his grandchildren’s activities. He loved his motorcycle and the many trips he took. He enjoyed coffee with the boys and going for rides around the town that he loved. One of Joe’s abilities was managing or supervising others. Examples included: Rodney could you get me . . . , honey since you’re up . . ., or I’ll call someone to get that done. He was a big presence with sunshine in his smile and kindness in his heart. He is preceded in death by his first wife Kalli Neville Dailey and his father Claire and mother Barbara. He is survived by his wife of 15 years Diane Weber Dailey, Daughter Sara and Shawn Sherman of Grand Island, Daughter Martha and Les Kilgore of Rising City, Step Daughter Carrie Marx of Grand Island, Step Son TJ and Jennifer Marx of Lincoln, NE he is also survived by his five Grandchildren, Tanner, Jackson, Kalli, Maddie and Tucker. Joe was bigger than life in so many ways: big voice, big personality, big heart! He will be greatly missed by all that loved and knew him!

Services for Joe were held Wednesday, October 3, 2012 at 10:30 a.m. at the United Methodist Church in Geneva. Memorials are directed to the Joe Dailey Scholarship Fund for Music. Private family inurnment will be at a later date. Robert... View Obituary & Service Information

The family of Joe Dailey created this Life Tributes page to make it easy to share your memories.

Send flowers to the Dailey family.