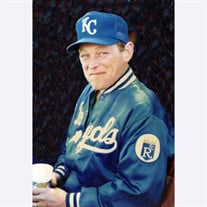 John W. Dumpert was born to Ralph W. Dumpert and Maxine K. (Geiger) Dumpert on August 25, 1953, at York, Nebraska, and passed away on November 7, 2014 at Bryan East Hospital in Lincoln, Nebraska at the age of 61 years, 2 months, and 13 days. He was one of 2 children born in the family. John graduated from Exeter High School in 1971 and went on to attend Milford Tech where he graduated with an Associate of Arts Degree in 1973. John worked for Erdkamp Motors in Exeter from 1973 to 2007. He had a successful career with Chrysler Motors. John and Carol were married on July 15, 1977. When John and Carol moved to Johnson Lake in 2007, John went to work for Bellamy’s Inc., a John Deere Dealership. He worked there until 2010. During his employment with Bellamy’s, he was able to become involved with a lot of new technical experiences. John enjoyed working in his garden and harvesting produce to share with family and friends. Fishing was a hobby he never felt he had enough time for. Woodworking became an interest for him, as he made designs for his yard and others who enjoyed his work. Sports were probably a mainstay in his life. Kansas City Royals and Chiefs were the headlining pro teams that he followed. The Nebraska Cornhuskers, particularly football and baseball, were his college teams of choice. John was very proud to be an ASE Master Certified Mechanic. The years he served as an EMT on the Exeter Fire and Rescue Squad also meant the world to him. John was preceded in death by his parents Ralph and Maxine Dumpert; uncles and aunts Walt and Amy Dumpert, Dorothy Dumpert, Donald Dumpert, Bernice Jones, Leila Geiger, Larry Geiger, and Gladys Vlcek. He is survived by his wife, Carol, of Lincoln, Nebraska; sister Pam Dumpert of York, Nebraska; cousins Joan Dumpert of Exeter, Nebraska, Jim Jones and wife Cindy of Lincoln, Nebraska, Mark Vlcek and wife Joan of Baraboo, Wisconsin, Gail Rebello and husband Tess of Maryland, Roxanne Vlcek of Florida; uncles Bob Jones of Lincoln, Nebraska and Norman Vlcek of Baraboo, Wisconsin and many friends. A Funeral Mass was held for John on Wednesday, November 12, 2014 at 10:30 a.m. at the St. Stephen’s Catholic Church in Exeter. Father Steve Thomlison officiated the Mass. Agnes Anderson accompanied Jessica Ruhl in the singing of “In The Garden,” “Only A Shadow,” “Softly & Tenderly,” and “How Great Thou Art.” Pallbearers for the service included Mike Thomsen, John Becker, Steve Becker, Jim Jones, Tim Axline, and Greg Yound. Interment was held in the Exeter Cemetery following the funeral service. Farmer Funeral Home of Exeter conducted the services. Memorials are directed to the Exeter Fire & Rescue.

John W. Dumpert was born to Ralph W. Dumpert and Maxine K. (Geiger) Dumpert on August 25, 1953, at York, Nebraska, and passed away on November 7, 2014 at Bryan East Hospital in Lincoln, Nebraska at the age of 61 years, 2 months, and 13 days.... View Obituary & Service Information

The family of John W. Dumpert created this Life Tributes page to make it easy to share your memories.

Send flowers to the Dumpert family.