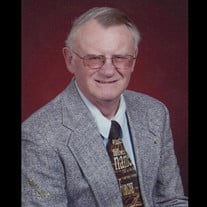 John Randol Freeman departed his earthly life and entered Heaven September 20, 2016. He passed away peacefully at Fairview Manor in Fairmont, Nebraska with his family by his side. He was 76 years old. Randy was born to John & Marguerite (Swails) Freeman September 2, 1940 in Geneva, Nebraska. He joined his sister Carolyn in the family. He was baptized in the Congregational Church in Geneva. In his adult life, he joined the United Methodist Church and was a life-long member. Randy graduated from Geneva High School in 1959. After graduating high school, he joined the Armed Services, enlisting in the Navy on January 16, 1962. He served 4 years before being honorably discharged on January 19, 1966. During his time in the Navy, he served 2 years and 7 months on the U.S.S. Guadalcanal (Lph-7) stationed around Cuba during the Cuban Missile Conflict. He was a diver and worked as a naval navigator, and he was proud to serve his country. He considered diving in the ocean a whole new world to explore and he admired the beauty, stillness and quiet of diving in the ocean. He would say “diving in the ocean is just as safe as driving a car, as long as you obey the rules of the profession.” Randy was an active member of the Geneva VFW Samuel J. Marsh Post 7102 and the Geneva American Legion Sloan-Bolton Post 68. He was also a member of the Disabled American Veterans, 50 year member of the Geneva Masonic Lodge #79, Order Of The Eastern Star Chapter #180, Scottish Rite of Freemasonry 32nd Degree of Hastings, Nebraska, AMVETS, and a 50 year member of the Geneva United Methodist Church. After leaving the service, he continued his education in Minneapolis, Minnesota, where he studied and learned the upholstery trade. He made his business in Geneva and continued in the upholstery business for 25 years. Randy met the love of life, Kathryn Vejraska in 1968. They became husband and wife on June 28, 1969 in the United Methodist Church in Geneva. They were married 10 years when the Lord called upon them to open their hearts and home to a child, and they adopted Alyce (Parks) Hinrichs when she was 15 years old. Randy was a dedicated and loving father, and he took great interest in Alyce’s school activities and sports. He was always a cheering fan with a wink and a smile at all her events. Randy was a loving and devoted husband, father, and grandfather. He was also a dedicated businessman and patriotic servant to his country. Following his retirement, he found great joy in going to his 8 grandsons school events and athletics. He was a regular at all the football, wrestling, and track events. During his lifetime, he loved to go fishing, hunting, and go visit with friends and neighbors at the local café, and to especially pop in and check on his grandsons. Randy was preceded in death by his parents; his sister Carolyn Hansen; brothers-in-law Melvin Vejraska, Gene Vejraska, and Jim Vejraska; sister-in-law Elinor Vejraska; and great niece Kalea Vejraska. Randy is survived by his loving wife of 47 years, Kathryn of Geneva; his daughter Alyce and husband Rod Hinrichs of Geneva; grandsons Brandon Hinrichs and wife Kate and their children Brayden, Brenner, Bryleigh and Brenten of Geneva, Nebraska, Jordan Hinrichs and wife Sara and their son Talan of Seward, Nebraska, Jarrod Hinrichs, R.J. Hinrichs, Kurtis Hinrichs, Gavin Hinrichs, Aiden Hinrichs, Markey Hinrichs all of Geneva; nephews Scott Vejraska and wife JoElla of Mirage Flats, Nebraska and their children Cole and Heath and their families, Mark Vejraska and wife Karen of Grand Junction, Colorado and their children Paul and Sara; niece Beth (Vejraska) D’Ambrosio and husband Tad of Pittsford, New York and their children Drew and Chris; sister-in-law Jan Vejraska of Sun City West, Arizona; brother-in-law Harlan Hansen and family of Colorado; and many great nephews, cousins and friends. All who loved and knew him will miss Randy. We lift up our thanks that he is with his Lord and Savior. Good byes are not forever; good byes are not the end. They simply mean we’ll miss him, until we meet again. Funeral services for Randy were held on Friday, September 23, 2016 at 10:30 a.m. at the United Methodist Church in Geneva. Pastor Michelle Gowin officiated the services. Sondra Myers accompanied Delwin Myers who sang “Come To The Church In The Wildwood” and “Eternal Father.” She also accompanied the congregation in the singing of “Amazing Grace.” Pallbearers for the service included Randy’s grandson: Brandon Hinrichs, Jordan Hinrichs, Jarrod Hinrichs, R.J. Hinrichs, Kurtis Hinrichs, Gavin Hinrichs, Markey Hinrichs, and Aiden Hinrichs. Honorary bearers were Randy’s great grandchildren: Brayden Hinrichs, Brenner Hinrichs, Bryleigh Hinrichs, Brenten Hinrichs, and Talan Hinrichs. Interment was held in the Geneva Public Cemetery following the funeral service. Military Rites were performed the by the Geneva VFW Samuel J. Marsh Post 7102. Memorials are directed to the Geneva VFW Post 7102 or the Geneva American Legion Post 86. Farmer & Son Funeral Home conducted the services and online condolences may be left at www.farmerandsonfuneralhome.com.

John Randol Freeman departed his earthly life and entered Heaven September 20, 2016. He passed away peacefully at Fairview Manor in Fairmont, Nebraska with his family by his side. He was 76 years old. Randy was born to John & Marguerite... View Obituary & Service Information

The family of John Randol "Randy" Freeman created this Life Tributes page to make it easy to share your memories.

Send flowers to the Freeman family.