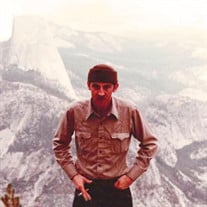 Joseph Aloysious Harre was born in Friend, Nebraska to Peter Jerome & Henrietta (Roeser) Harre on April 23, 1948. He passed away on Monday, May 17, 2021 at Bryan East Hospital in Lincoln, Nebraska at the age of 73 years and 24 days. He was the fifth of seven children and grew up loving his siblings. Joseph attended St. Stephen Elementary School and graduated from Exeter High School in 1966. During his high school years, he was active in Future Farmers of America and graduated with honors. Joseph was married to Diane Elizabeth Gross on October 17, 1980 at St. Adalbert Catholic Church in Omaha, Nebraska. He was a devoted and loving husband and married for nearly forty years. To this union was born Elizabeth Ann, his beloved daughter. She was his pride and joy. His life centered around her, son-in-law Christopher, and grandchildren Kaitlyn & Gavin Martin. He treasured the years with his daughter and her family and was always involved with school events with Kaitlyn and Gavin, encouraging them to get an education. Joe was a dispatcher and driver in the trucking industry and was also a cattle feeder all his life. He was always interested in world events and politics. He was an avid reader and conversationalist. He was a lifelong animal lover and enjoyed the company of the three family dogs. He was always interested and concerned about his family, nieces, and nephews and their families. Joe was preceded in death by his wife, Diane Elizabeth Harre; his parents, Peter Jerome and Henrietta (Roeser) Harre; brother, Robert Jerome Harre; his father-in-law and mother-in-law Ralph & Darlene Gross; and brothers-in-law Merrill Williamsen and Walter Senter. He is survived by his daughter, Elizabeth Ann Martin and husband Christopher Lee Martin of York, Nebraska; grandchildren Kaitlyn Marie Martin & Gavin Joseph Martin of York, Nebraska; sisters, Anna Maire Williamsen of Rohnert Park, California, Josephine Joan Senter of Gold Canyon, Arizona, Mary Monica Bristol and husband Norman of Exeter, Nebraska; sister-in-law Kathleen Harre of Exeter, Nebraska; brothers, John Henri Harre and wife Ruth of Omaha, Nebraska and Noel Edward Harre and wife Cindy of Plattsmouth, Nebraska; and a host of nieces, nephews, great nieces & nephews and many cousins. Joseph was loved, admired and respected by many whose lives he touched over the years. A Funeral Mass for Joseph was held on Saturday, May 22, 2021 at 10:00 a.m. at St. Stephen Catholic Church in Exeter, Nebraska. Father Brendan Kelly officiated the Mass. Agnes Anderson accompanied the congregation in the singing “Amazing Grace,” “On Eagles’ Wings,” “Our Father,” “One Bread, One Body,” and “How Great Thou Art.” Pallbearers for the service included Wade Harre, Matt Harre, Glen Harre, Jake Harre, Justin Harre, and Gavin Martin. Honorary pallbearers included Greg Williamsen, Jack Addison, Tom Bristol, and Logan Harre. Interment was held in the Exeter Cemetery following the Funeral Mass. Farmer & Son Funeral Home was in care of the arrangements and online condolences can be left at www.farmerandsonfuneralhome.com Memorials are suggested to the Midwest Covenant Home or the St. Stephen Catholic Church in Exeter.

Joseph Aloysious Harre was born in Friend, Nebraska to Peter Jerome & Henrietta (Roeser) Harre on April 23, 1948. He passed away on Monday, May 17, 2021 at Bryan East Hospital in Lincoln, Nebraska at the age of 73 years and 24 days. He was... View Obituary & Service Information

The family of Joseph A. Harre created this Life Tributes page to make it easy to share your memories.

Joseph Aloysious Harre was born in Friend, Nebraska to Peter...

Send flowers to the Harre family.