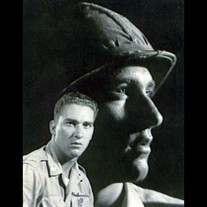 Joseph Casper Monteforte, Sr. was born to Frank and Clara (Ortmeier) Monteforte on December 27, 1946 in Snyder, NE. Joe passed away at the Buffet Cancer Center at UNMC on Sunday, January 6, 2019 at the age of 72 years and 10 days following... View Obituary & Service Information

The family of Joseph C. "Dude" Monteforte created this Life Tributes page to make it easy to share your memories.

Send flowers to the Monteforte family.