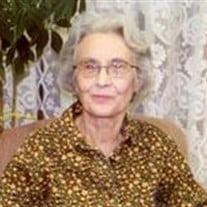 Joyce June Lemmon was born to Orval Victor Lemmon and Beulah June Thornburg Lemmon on October 30, 1939 at Fairbury, Nebraska, and became our angel in heaven on December 18, 2012 at Fairview Manor in Fairmont, Nebraska at the age of 73 yrs, 1 month, and 19 days. She was the eldest of 11 children in the family. She graduated from Fairbury High School in 1958.    Joyce married Lawrence Lee Nutz Sr of Omaha, Nebraska on June 12, 1960 and to them 4 children were born. 52 years of marriage built a strong foundation of love and family bonds. Lawrence and Joyce first met when she was about 11 years old.    Lawrence and Joyce moved to Fairmont, Nebraska in 1967. She was a member of the Fairmont Community Church participating in many activities including a great enjoyment of Bible study. She was a former board member of the Fairmont Senior Center relishing in the community relationships she grew there playing cards and visiting. Taking pride in her home and family, she was a stay at home mom until Matt was 8 yrs old. She worked at the Fairview Manor for 27 yrs as a CNA, walking to work every day as she never obtained a drivers license. Once during a huge snowstorm the maintainer delivered her to work when others could not make it. Music was ingrained in her from a young child. Her father would not play the radio in the car because he thought it drained the battery so the kids all sang through the trips - long or short. Also dancing...with 8 sisters and 2 brothers dancing and music were fun entertainment because you always had a partner or someone close for a duet. She was a loving mother and grandmother instilling the gift of the meaning of a loving family to them all. Her humor and her love will be missed by anyone who was touched by this special woman.    She was preceded in death by her Father and Mother; Orval and Beulah Lemmon, a Brother Delbert Lemmon. She is survived by many loving family members: Lawrence L Nutz Sr, husband of Fairmont; sons: Lawrence L Nutz Jr and wife Valeri of Hastings, NE; Randall A Nutz & Connie Leth of Grand Island, NE; daughter: Joanna Brandenburgh and husband Chris of Bellwood, NE; son: Matt Nutz & Julie Jones of Fairmont, NE. Siblings: Donna Walenta and husband Dan of Frankfort, Michigan; Of Fairbury, NE: Linda English and husband Richard; Madeline Kapke and husband Robert; Susan Lemmon; Tim Lemmon; Of Beatrice, NE: Ardyth Eden-Orwen; Tamara Bulin; Connie Priefert and husband Dick of Eagle, NE; Evelyn DaLao and husband John of Lincoln. Grandchildren: Lacey Hood and husband Jason of Manhattan, KS; Crystal Kloepper and husband Jason of Hastings, NE; Brandi Timmerman of Hastings, NE; Clint Brandenburgh of Bellwood, NE; Sarah Nutz of Hastings, NE; and Jake Nutz of Hastings, NE. Greatgrandchildren: KayLee Hood, Tucker Hood, and Zaiden Nutz. Funeral services will be conducted at the Fairmont Community Church, Fairmont, NE at 10 am Friday, December 21, 2012, with Rev. Karla Sheffy officiating. Musical selections were “Far side banks of Jordan” and Go rest high on that mountain”.    Casket bearers are Ron Nutz, Paul Kapke, Jason Hood, Jason Kloepper, Jason Pierfert, and Chad Zenger. Honorary casket bearers are Clint Brandenburg, Jake Nutz, Wayne Nutz, Jerry Nutz, and John DaLao.  Interment is at Fairbury Cemetery, Fairbury, NE at 2 pm Friday with Farmers & Sons Funeral Home in charge of arrangements. Memorials are directed to the family.

Joyce June Lemmon was born to Orval Victor Lemmon and Beulah June Thornburg Lemmon on October 30, 1939 at Fairbury, Nebraska, and became our angel in heaven on December 18, 2012 at Fairview Manor in Fairmont, Nebraska at the age of 73 yrs, 1... View Obituary & Service Information

The family of Joyce Nutz created this Life Tributes page to make it easy to share your memories.

Send flowers to the Nutz family.