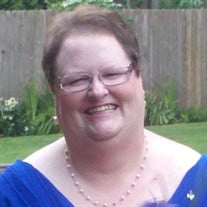 Kelly requested cremation. A Memorial Service for her will be 10:00 am Wednesday, April 26, 2017 at the Farmer & Son Funeral Home, in Geneva, Nebraska. Private committal of ashes will be in the Geneva Public Cemetery. Memorials are directed to the family for later designation. Kelly Sue Eich was born November 17, 1957 to William Eich and Dorothy Hofferber Eich in Geneva, Nebraska and passed away on April 15, 2017 in Tucson, Arizona. The youngest of three children, Kelly enjoyed her life on the farm working hard, milking cows, riding her horse to school in Strang and being a top FFA and 4-H cattle showman in her teen years. She graduated from Geneva High School and attended the University of Nebraska and graduated from Lincoln School of Commerce. Kelly was also a graduate of the Nebraska LEAD program. Kelly took over the family farming and milking operations for a number of years after her father’s death and began running a very successful beef business, keeping the hospital and many customers well supplied with beef. Some say Kelly could sell ice to Eskimos, but she was no rank amateur. They wouldn’t have left without first buying glasses, straws, an ice chest, a few dozen t-bones and a beach umbrella. Kelly was unable to continue the physical demands of the farm after an accident. So she accepted an event coordinator position at The Big E in Springfield, Massachusetts working alongside one of her best friends, Jerry. It was in Massachusetts that Kelly met the love of her life, Bob Maloney and they married on August 5, 2011. Kelly loved their home in Springfield and as an avid gardener, she enjoyed her garden and her roses. She was also known as a fabulous cook, recipes were just a “suggestion” to her. They say you can take the girl out of Nebraska but you can’t take the Nebraska out of the girl, which was true for Kelly. She used to joke that she loved to mow her “back 40” as she felt like she was farming again. After retiring, Bob and Kelly moved to sunny Tucson, Arizona and Kelly traded her lawn for a swimming pool and she loved it. She loved Tucson and all the good friends that surrounded them. Kelly will always be remembered for her amazing singing voice. She won many awards and accolades, sang with the Methodist Church Choir, traveled through Europe with young Nebraskans and sang with the Lincoln Light Opera. It is impossible to list all the weddings and funerals that she sang for. Kelly is preceded in death by her father and mother and her brother, Bill. She is survived by her husband, Bob Maloney; her sister, Barb Eberhart of Lincoln, niece Chelsea and nephew Matt. If the measure of a person is their number of friends, then Kelly’s glass overflowed. With her quick wit and infectious smile, fierce loyalty and generosity, mere acquaintances quickly became lifelong friends. Friends and family will mourn her passing and yet laugh at all the happy memories. Godspeed, Kelly….may angels sing thee to thy rest.

Kelly requested cremation. A Memorial Service for her will be 10:00 am Wednesday, April 26, 2017 at the Farmer & Son Funeral Home, in Geneva, Nebraska. Private committal of ashes will be in the Geneva Public Cemetery. Memorials are directed... View Obituary & Service Information

The family of Kelly S. Eich created this Life Tributes page to make it easy to share your memories.

Kelly requested cremation. A Memorial Service for her will be...

Send flowers to the Eich family.