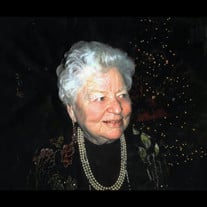 Lavina L. Mody was born on August 22, 1925 to William George & Marie (Weinerth) Colgan in Sutton, Nebraska. She passed away on August 30, 2021 at Mumbai, India at the age of 96 years and 8 days. She was one of two children born in the family. Vina, as she was affectionately known, and her family started out a on farm west of Grafton. After 5 years, Vina’s parents decided to move the family to Greeley County, Nebras-ka where they continued farming. While in Greeley County, Vina attended Country School Dis-trict 9, and after the 8th grade she began high school at the Catholic High School at O’Connor, Nebraska. On February 16, 1939, the family once again pulled up stakes, had a farm sale, and made the move to Salt Lake City, Utah, where Vina’s mother had siblings living. It was a sad day for Vina’s parents, but Vina was excited because she got her first ‘store bought’ dress when they made the move. The family spent a couple years in Salt Lake City, before moving to the Bay Area in California. Vina enrolled at St. Elizabeth’s High School in Oakland, California and graduated with the class of 1942 at age 16. After graduation, Vina was determined to become an engineer, but with the war raging on, her father persuaded her to take a 6-week drafting course instead. She soon took a job as a draftsman at the shipyards in Richmond, California, remaining in this position until 1945, be-fore enrolling in the University of California School of Architecture at Berkeley. Her relation-ship with the architects in the shipyards changed her mind about becoming an engineer, and the money she earned in the shipyards paid for her entire college education. While at Berke-ley, she met a fellow architect student from India, Piloo Mody, and a relationship ensued. After graduating from college in 1950, Vina worked at Bechtel & Co. before making the move to India in 1952. On January 3, 1953, Piloo and Vina were married in India. Together, they opened an architectural office in Bombay, practicing successfully together until Piloo’s passing in 1983. In 1962, Vina’s strong appreciation of Indian arts & crafts led her to open a shop promoting and marketing these items, and Contemporary Arts & Crafts began. Vina was a visionary and worked hard to promote her business and the export of traditional Indian arts & crafts, and the business is still flourishing with Vina’s niece in charge of operations. After Vina’s parents retired, they left the west coast and returned to Nebraska, settling in Geneva. After Piloo passed in 1983, Vina spent a few more years in India, before making the decision to move closer to family. She purchased a beautiful Queen Ann Style Home in Geneva, opening her doors for many to share in the rich beauty and history of the home. Vina immersed herself in the community of Geneva and was quite active in the Geneva Arts Council, participating in the Parade Of Homes for many years and supporting various other events put on by the Arts Council. Vina also loved to decorate for Christmas, displaying as many as 100 Christmas trees during the holiday. She also collected teddy bears to give to needy children and she was an advocate for Amercian Indian affairs helping to support an Indian School in South Dakota. Not having children of her own, Vina focused many efforts on supporting un-derserved children. Vina was a life-long practicing Catholic, and she maintained membership with St. Hele-na Catholic Church in Grafton, Nebraska. Vina was preceded in death by her parents William & Marie; husband Piloo; and brother William and wife Helen Colgan. Vina is survived by her nephews Sean & wife Louise Colgan of Newark, California and Evan Colgan of Montvale, New Jersey; great nephew and nieces William, Annie, and Laura; nephew Jimmy & wife Feroza Mody; and great nephew and niece Cyrus and Karene. A Funeral Mass for Vina was held on Thursday, September 16, 2021 at 10:30 a.m. at St. Helena Catholic Church in Grafton, Nebraska. A Rosary preceded the Mass at 10:00 a.m. Fa-thers Michael Zimmer and Harlan Waskowiak presided over the Funeral Mass. Deb Hoarty accompanied the congregation in the singing of “Be Not Afraid,” “One Bread, One Body,” and “How Great Thou Art.” Ashten Smith provided special music during communion with the singing of “Ave Maria.” Pallbearers for the Service included Alex Shaner, Kipp Shaner, Jeff Johnson, Alan Slepicka, Dick Hoarty, and Bob Fessler. Honoary pallbearers included Evan Colgan, Sean Col-gan, Louise Colgan, Jimmy Mody, Feroza Mody, and Bill Turek. Interment was in the St. Joseph Catholic Cemetery in Geneva. Farmer & Son Funeral Home was in care of the arrangements and online condolences can be left www.farmerandsonfuneralhome.com Memorials are suggested to the Geneva Arts Council or the Geneva Rescue Squad.

Lavina L. Mody was born on August 22, 1925 to William George & Marie (Weinerth) Colgan in Sutton, Nebraska. She passed away on August 30, 2021 at Mumbai, India at the age of 96 years and 8 days. She was one of two children born in the family.... View Obituary & Service Information

The family of Lavina L. "Vina" Mody created this Life Tributes page to make it easy to share your memories.

Send flowers to the Mody family.